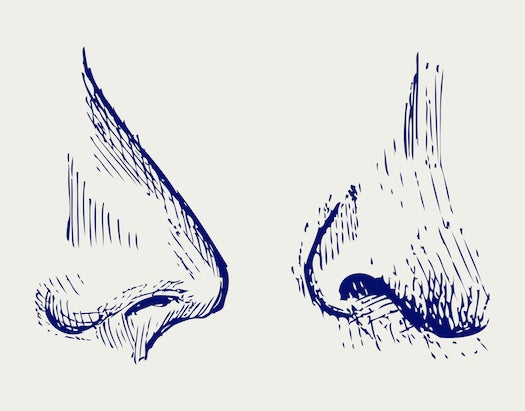 It used to be thought that human noses could only detect around 10,000 smells, although many scientists thought that was probably a bit too low. A new study suggests that number is much higher–that humans can distinguish among 1 trillion different scents.

The researcher came up with their number by creating mixtures of 128 different odorous chemicals and testing how well 26 different people could distinguish among them. The ability to distinguish between closely related compounds varied from one person to another.