The “Nutcracker Man” lived true to its name. 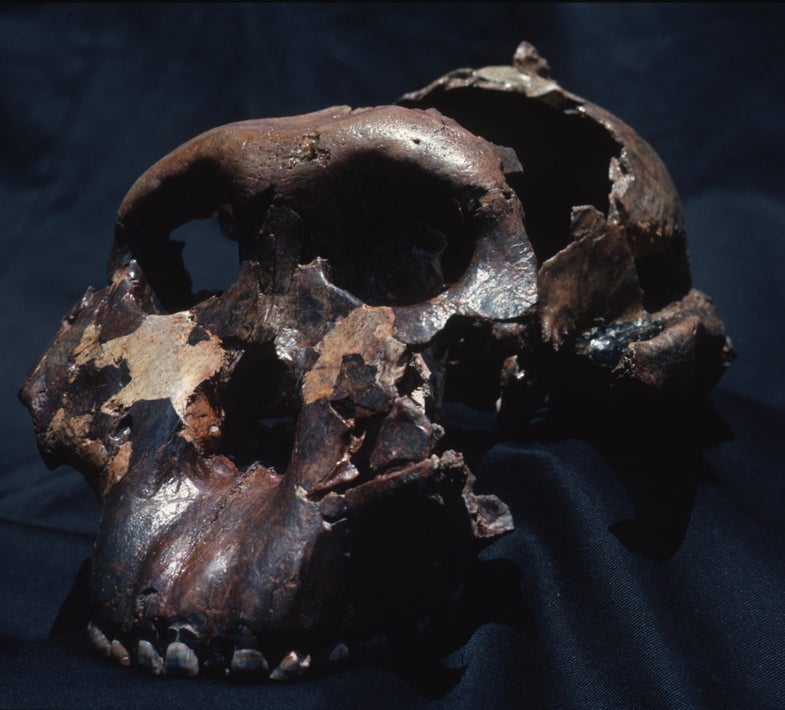 With his big flat molar teeth and powerful jaws, the hominin Paranthropus boisei has long earned a nickname as the “Nutcracker Man.” But for many years, archaeologists debated what this human relative, who roamed East Africa between about 2.4 million to 1.4 million years ago, actually ate. Previous isotope analysis suggests a diet rich in C4 plants—plants that produce compounds with four carbon atoms during photosynthesis—such as grasses and sedges. But some scientists questioned whether such low-quality foods were nutritious enough for the hominin’s large brain.

Now, Oxford University archaeologist Gabriele Macho may have an answer. It’s impossible to observe what the hominins consumed, so Macho studied the diets of present-day baboons in Amboseli National Park in Kenya, who live in an environment similar to what the Nutcracker Men once inhabited.

Macho found the baboons eat large amounts of bulbs such as tiger nuts, a C4 plant containing the minerals, vitamins and fatty acids especially important for the hominin brain. The study, published last week in the journal PLOS ONE, would also explain the wear and tear commonly found on the Nutcracker Men’s teeth, as the starch-rich tiger nuts are highly abrasive in an unheated state.

The hominins also supplemented their diet with fruits and invertebrates, the study says. Tiger nuts, which are still used for grinding down and baking in many countries, would have been relatively easy for the Nutcracker Men to find.

“This is why these hominins were able to survive for around one million years because they could successfully forage—even through periods of climatic change,” Macho said in a statement. 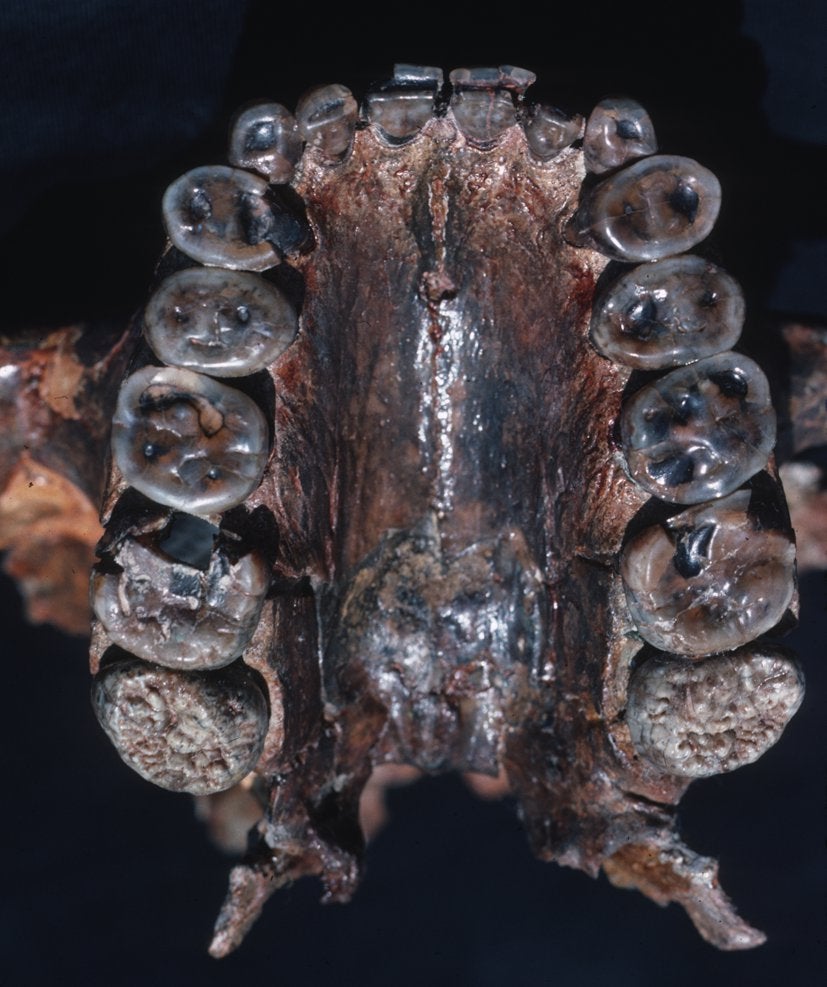 The teeth of a “Nutcracker Man” skull show marks of wear and tear.
Archaeology