How To Trick Others Into Doing Your Bidding

Soon, they'll be eating out of the palm of your hand. 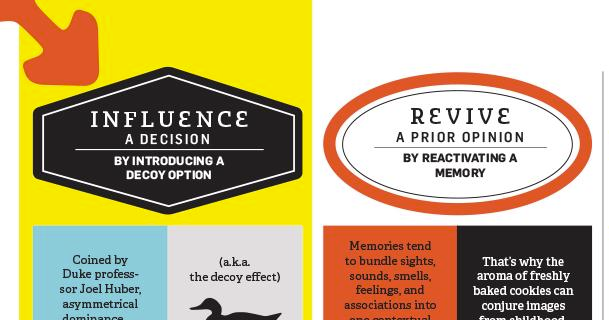 We like to think of ourselves as rational beings, but there are many ways we can be subconsciously influenced. At least, that’s the premise of ABC’s new series Mind Games. Christian Slater and Steve Zahn star as consultants who use psychological techniques to manipulate their clients’ bosses, co-workers, and family members. Writer and executive producer Kyle Killen pored over scientific research in marketing, psychology, and consumer behavior and found a number of real-world methods the characters can use to bend minds.