How Climate Science Gets Done In The Icy Fjords of Greenland

The boat is small, but the view is great. 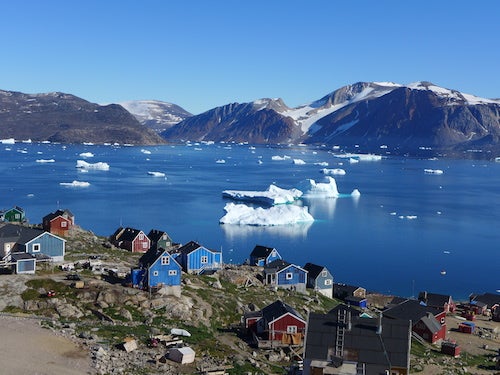 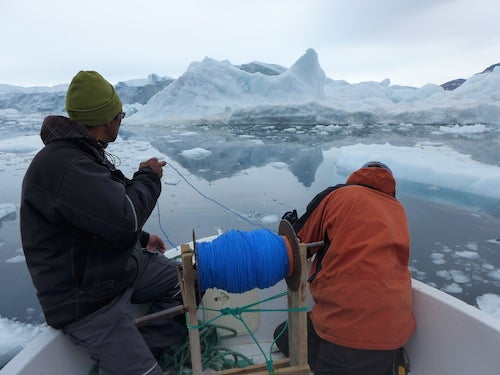 View from an Iceberg

Magnus Petersen and Dave Porter prepare to lower a temperature-depth-salinity sensor into a fjord near the village of Kullorsuaq, as part of a study into changing conditions where Greenland’s melting glaciers meet the ocean.

Do you wonder what doing climate science in remote locations might be like? Read the Greenland Thaw blog, which is being updated regularly from the fjords of northwest Greenland, where the giant island’s glaciers meet the ocean. With Greenland’s ice sheets melting faster than ever, the study’s scientists want to document and understand why the Alison Glacier, on Greenland’s northwestern coast, is flowing to the sea faster than other glaciers in the area.

This is not a Jacques-Cousteau-waxing-poetic-aboard-the_-Calypso_ type of expedition. Rather, it involves working out of a small, open, benzin-fueled boat owned and operated by a local fisherman. But hopefully the spectacularly beautiful scenery makes up for the raw working conditions.

As well as taking ocean samples themselves, the scientists say they will work with villagers of tiny nearby Kullorsuaq to continue collecting data after the researchers have left.