How To Castrate A Hippo 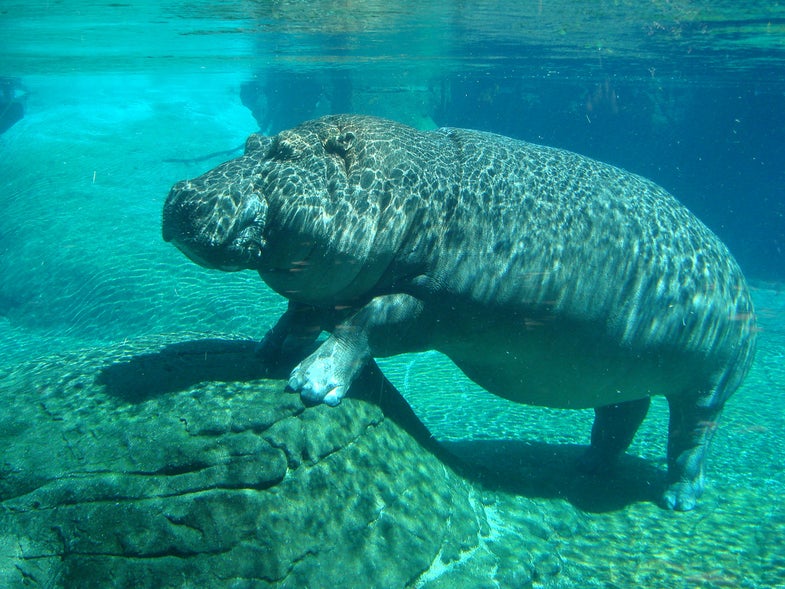 Hippopotami weigh anywhere from two to four tons and have got mouths that practically unhinge. I wouldn’t want to have to castrate one, but apparently, sometimes, zoos do. Maintaining male zoo hippos sans glands keeps males from fighting one another and provides population control for zoos that can’t care for baby hippos, science writer Elizabeth Preston reports on her blog, Inkfish.

Preston found perhaps one of the most arresting scientific papers published this year, a report on 10 hippo-neutering procedures European and Middle Eastern veterinarians performed. She describes the challenges of hippo castration, none of which I would have guessed. For example, did you know that hippos’ testes are located inside their bodies, unlike, say, the testes of humans and most other mammals? The paper Preston reports on, published in the journal Theriogenology in October, calls hippo testes “spatially dynamic.” That means they actually move around within the hippo body, sometimes after veterinarians have located them with ultrasound and gone in after them, surgically.