How To Boost Blood Supplies

Because we don't want to run out. 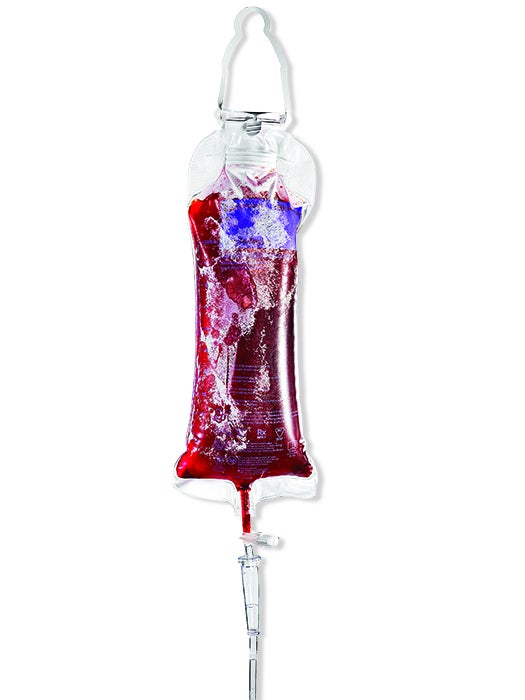 The shelf life of donated blood is short, just 42 days, and during emergencies even a large supply can quickly run out. To prolong blood’s useful life, hospitals can freeze it, but they rarely do so because technicians need to add glycerol, which prevents ice from ripping the red blood cells apart. The trouble is that glycerol is toxic and must be removed before the blood is used, a process that can take several days—time patients don’t typically have. In order to keep stocks high, hospitals must rely on a constant stream of donors that’s less than reliable.

Matthew Gibson, a chemistry professor at the University of Warwick in England, recently found that an ingredient used in eyedrops, polyvinyl alcohol, mimics a natural antifreeze protein in cold-acclimated fish. Polyvinyl alcohol can protect frozen blood cells in lower amounts than glycerol, so it takes only minutes to remove. That means frozen blood could be used almost immediately after defrosting, allowing hospitals to stockpile larger amounts. And that’s better for everyone.