Hints To Longevity Found In Blood Of 115-Year-Old Woman

She maintained clear cognition until near the end of her life. 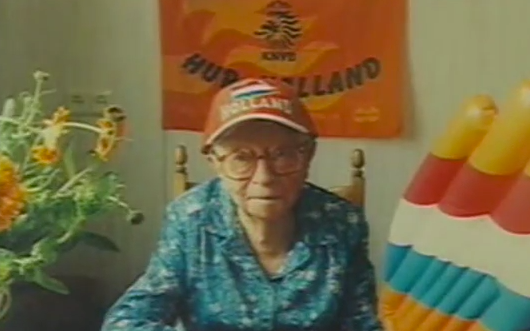 Born in 1890, Hendrikje van Andel-Schipper died at the age of 115 in 2005, leaving her body to science. Until very close to her death, she remained in relatively good health and cognition, and was for example able to carry on a conversation. How is this possible?

Wanting to know the secrets of her longevity, scientists have examined her blood and other tissues, and found some interesting things. For one, they found that about two-thirds of her white blood cells had been made by only two stem cells, as reported by New Scientist. (Stem cells create white blood cells, which are responsible for fighting off infection, and other functions.) Typically, about 1,000 stem cells actively make these blood cells. That finding implies that, predictably, stem cells die out throughout the years, and that there is indeed a limit to human life. But it also means that it may be possible to save stem cells from one’s birth or youth, keep them alive outside the body, and re-inject them years later, to lengthen life.

In one of the studies to come out of this research, published this week in the journal Genome Research, the scientists found a number of mutations in van Andel-Schipper’s white blood cells, but found that all of them were harmless. This means she likely had “a superior system for repairing or aborting cells with dangerous mutations,” although it’s not clear exactly what that might have been.

“When there is mutation, there’s an opportunity for selection and some somatic mutations lead to cancer,” study author Chris Tyler-Smith of the Wellcome Trust Sanger Institute told New Scientist. “Now we see the range of somatic mutations in normal, non-cancerous tissues like blood, so we can start to think about the health consequences.”

Researchers hope to next find out how the woman avoided Alzheimer’s, by comparing her genome with those of people with the disease.