Harry Potter-esque Study To Come With A Continually Updating Graph

This way, the paper won't just reflect what one pair of biologists discovered at one moment in time. It'll have all the latest data on the topic. 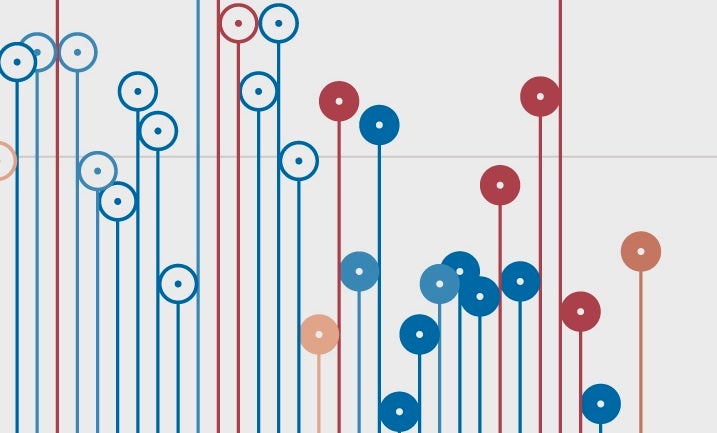 This is a closeup from a chart that appeared in our May 2014 issue. Popular Science
SHARE

In the Internet Age, this shouldn’t seem so novel, but… Here is a newly published paper whose graphs and charts can actually change over time. Figure 3 in the paper offers readers two different ways of displaying the same data, ooooh. But wait, Figure 4 is even cooler. Right now, it’s a static graph. In the future, however, the paper’s authors plan to publish a graph that’s programmed to update, in real time, as other research groups send in their own data, replicating the experiments in the paper. At that point, the paper won’t just reflect what this pair of biologists discovered at one moment in time. It’ll have all the latest data on the topic.

Sounds like something out of Harry Potter, doesn’t it? It reminds me of those magical portraits that move and interact. The idea was to make it easier for other scientists to check the paper’s data, one of the paper’s authors, geneticist Björn Brembs of the Universität Regensburg in Germany, said in a statement. After all, that’s supposed to be one of the major reasons to publish papers, so that other scientists can find them, read them, analyze them independently, and critique them.

Before this, scientific journals had long published online versions of their papers. Most online papers come with helpful links to related studies, plus links to download the graphs and charts in the paper for readers’ own use. (A scientist might want to use another scientist’s graph in a presentation, for example.) However, I haven’t yet seen a journal publish interactive or updating graphs. This may be a first.

So what exactly did Brembs’ study… study? Brembs and his colleague, Julien Colomb of Freie Universität in Berlin, examined at the behavior of fruit flies, which are commonly used lab animals. Scientists who use fruit flies for research don’t just catch them in their kitchens. They order the insects from suppliers or get them from one another. (Yep, you can ship fruit flies in the mail.) Fruit flies that come from the same named “strain” are supposed to all have the exact same genes. Such consistency is important for preparing controls in scientific experiments. They’re also important for comparing experiments done in different labs, even labs half a world away from one another.

Colomb and Brembs wanted to see if lab fruit flies of the Canton-Special strain are truly all the same. In experiments, they found that Canton-Special flies from different labs sometimes react differently to the same behavioral tests. Even flies housed in different containers in the same lab acted differently from one another. This could be a problem for fruit fly studies all over the world.

Four other labs have agreed to try to replicate the Canton-Special study, Colomb and Brembs wrote in their paper. Replication will be important to determining whether the problem the German researchers detected is real. Once those results start coming in, the pair will post their programmed, live-updating graph, they wrote. They also invited other labs to try replicating the study and to send them their results.