Fifteen years ago today, the Russian Space Agency launched the first component of the International Space Station into orbit. The piece was a pressurized module called Zarya, which means sunrise. Two weeks later, the U.S. shipped their own ISS component, Unity, on the shuttle Endeavour. Piece by piece, the station was assembled with parts from various countries. Humans didn’t arrive until October 31, 2000, when one NASA astronaut and two Russian cosmonauts traveled to their new orbiting home. There have been 37 expeditions since then, and ISS inhabitants have logged nearly 1,100 hours in spacewalks.

In May 1998, Popular Science dedicated an issue to the International Space Station in advance of the historic Russian mission. The issue (complete with pullout space station poster!) speculated on how astronauts would live in space for prolonged periods of time, the research that would be conducted onboard the ISS, the eventual decommission plan, and more. You can read these stories over in our archive.

A lot has been accomplished aboard the ISS, and it’s hard to remember a time when we didn’t have an orbiting extension of humanity. So, wave hello with special gusto if you spot the Space Station overhead tonight. 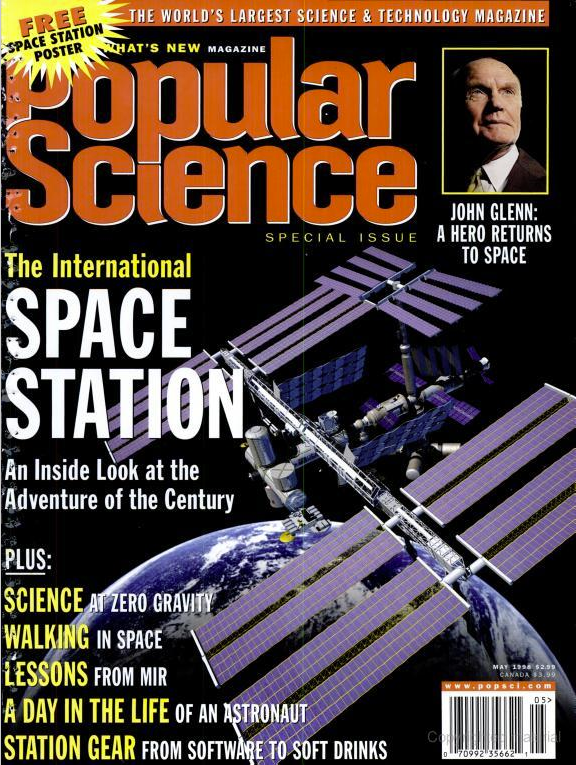 May 1998 issue of Popular Science