Get Rid Of Pills: Happiness Could Trigger A Dose Of Meds

An implant releases medication in response to dopamine. 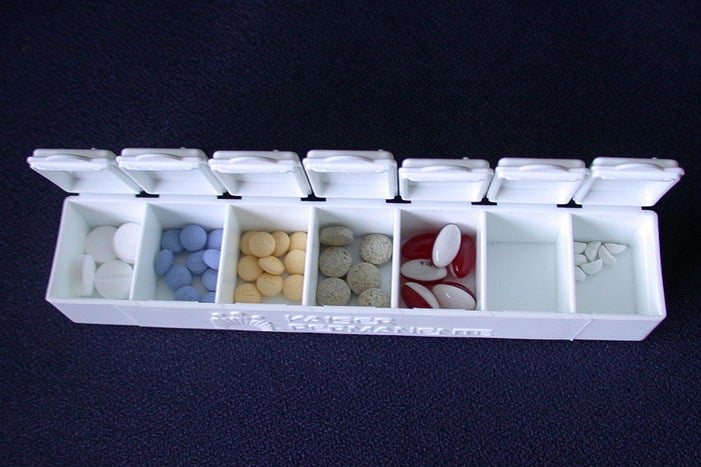 Taking a medication every day, or multiple times a day, is way too much work. You’re bound to forget every once in a while. So what if you could program a cell to release the medication for you? In a study published this week, a group of bioengineers describe a way to do exactly that, taking advantage of the body’s natural rewards system to release the medicine during the day.

A cell, specially altered to release a blood pressure-lowering medication in response to dopamine, was injected into the abdomen of mice. Since dopamine is a reward-system neurotransmitter involved in sex, eating and taking addictive drugs, the mice got a dose of medication whenever they did things that made them happy, like eat or copulate. Sex can normally elevate the blood pressure, but after receiving the implant, the mice’s levels remained normal even during their heart-racing fun time. Co-author Martin Fussenegger of the Swiss Federal Institute of Technology told Healthline News, “our circuit is so powerful that it even levels these blood pressure peaks that become dangerous” for the mice.

This would be super convenient for a medication you can’t get enough of, but might not work for just any prescription drug. The study examines dopamine release in the context of reward, but dopamine has also been implicated in the stress response. Between the joys of eating, sex and stress, you might not want your medications being triggered at every turn.

The full study is available in the Proceedings of the National Academy of Sciences.