Geneticists Create 3,500 Fly Strains To Find One That Moonwalks

Sometimes you have to take a step backward to make an advance. 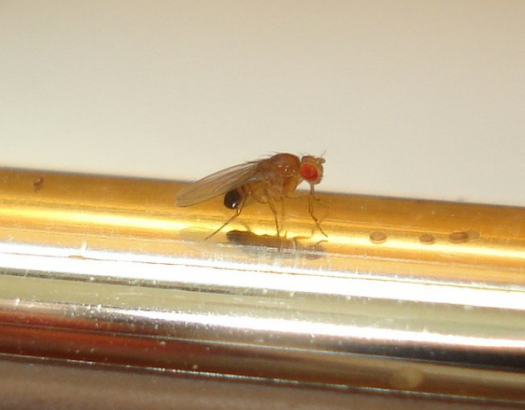 As it turns out, walking backward (at least in fruit flies) is controlled by two neurons. As Science Magazine explains:

The first neuron appears to be the “initiator,” compelling the fly to “moonwalk” when it encounters certain cues, like an obstacle. And the second gene acts like a brake, perhaps preventing it from backing into something. The researchers, whose study was published in Science, will use these neurons as a starting point to find other networks involved in walking backward, such as those responsible for touch, sight, and smell.