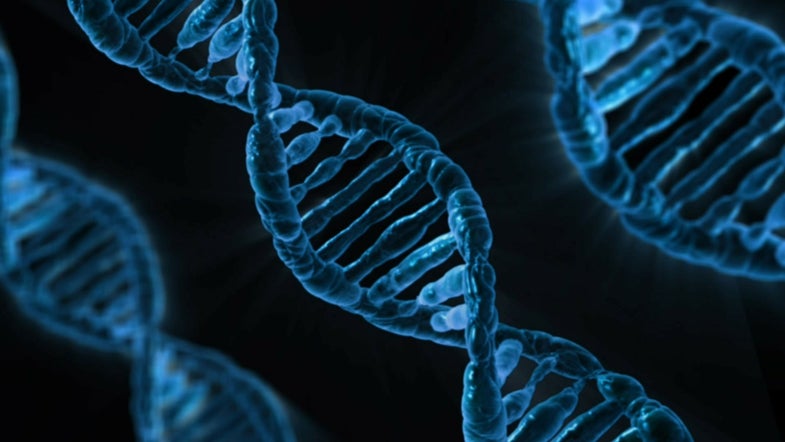 Research published in the American Journal of Psychiatry shows that schizophrenia is not a single genetic disease, but in fact a class of diseases with variable symptoms.

Schizophrenia is known to be passed in families, implying genetic origins, but no single mutation has ever been shown to cause symptoms to emerge. It turns out, that’s because different “orchestras” of mutations working together cause a range disorders that until now had been understood as a single disease. These results emerged from a new approach to studying the illness. Scientists examined the DNA of 4,200 people with schizophrenia and 3,800 healthy controls, looking for places in the genome where a single nucleotide — the smallest unit of data in DNA — had mutated. They found that none of the individual mutations produce significant risk for the disorder on their own. However, particular clusters of mutations create risk of developing schizophrenia and different symptoms. Eight have been found so far, and they expect to uncover more.

“This is better than saying that someone either has or doesn’t have the disease,” Dr. Igor Zwir, a lead on the study, tells Popular Science.

The study could have broad implications for the severe mental illness, which appears in about 1 percent of the population. Sufferers can experience a range of symptoms from delusions and hallucinations to disorganized speech and apathy. The fifth edition of the Diagnostic and Statistical Manual of Mental Disorders, published in 2013, called for interpretation of schizophrenia along a spectrum, but, according to Zwir, no comprehensive method for doing so existed, leading doctors to rely on trial and error for treatment.

By looking at the genetic roots of the disease instead of symptoms, Zwir hopes doctors will be able to be more direct in their treatment.

According to Zwir, the next step is to develop inexpensive targeted tests for the groups of mutations that produce schizophrenic symptoms. That could lead to a future of quicker, more effective care.