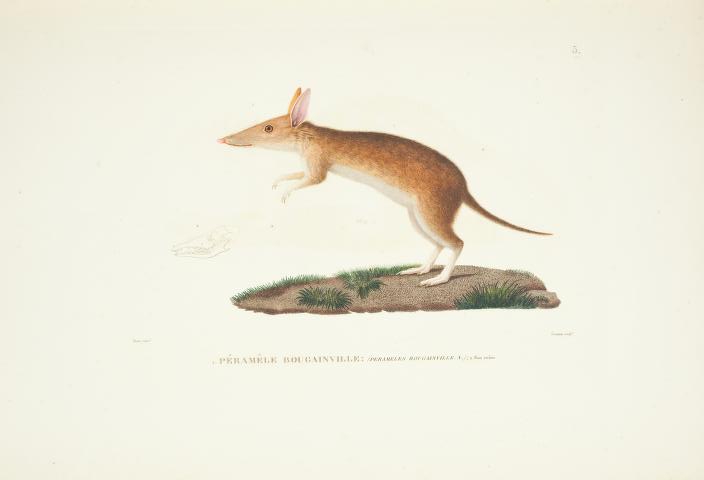 For all five years of the 1831-1836 scientific voyage of HMS Beagle, young scientist Charles Darwin worked and slept in the same cabin as the ship’s library. The 404-volume, multi-language collection was cutting-edge, including the era’s top works on natural science, geology, travel and exploration, history and more.

Although the physical collection was scattered after Beagle returned, and no single record of its contents remains, the Beagle catalog and library have been reconstructed in its entirety online, by John van Wyhe of the University of Singapore, and they’re searchable via the Darwin Online website.

These books are the cream of late 18th and early 19th century science, often containing contain illustrations of landscapes, animals, plants, maps and more that are simply wonderful to look at; some are online for the first time ever via this project.

As for this website’s late 20th century web design and tools: While usable, and clearly the result of many hours of dedicated effort, they need updating. Darwin Online hack-a-thon, anyone?