A white noise machine is the simplest solution to blocking out noise. 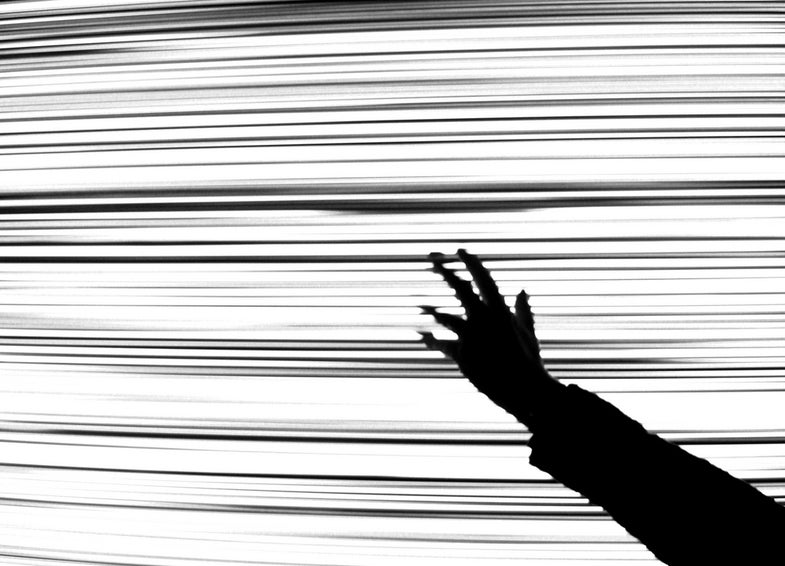 On its face, flipping on white noise before hitting the sack must be the most counterintuitive idea out there. Want to sleep better? Simple solution: make a bunch of noise. Sweet dreams ahoy.

And yet, not only do some people swear they can’t get to sleep without a fan running, there are even companies that will sell you optimized noise-makers for helping you get the best of your bed rest. What is up with our brains and our ears?

The short answer: white noise is better noise. At least for (some) sleepers.

White noise, if you’re using the technical definition, is a consistent noise that comes out evenly across all hearable frequencies. Say you’re a musician. To play a middle C note, you play something that’s about 261.6 hertz, the unit of frequency. White noise is just an equal amount at every frequency, from low to high, that a human being can hear. To keep the music analogy going, it’s a gigantic band all playing a slightly different note. (Machines pushed to the limit, like fans, are especially good at hitting these notes.)

When a noise wakes you up in the night, it’s not the noise itself that wakes you up, per se, but the sudden change or inconsistencies in noise that jar you. White noise creates a masking effect, blocking out those sudden changes that frustrate light sleepers, or people trying to fall asleep. “The simple version is that hearing still works while you’re asleep,” says Seth S. Horowitz, a neuroscientist and author of The Universal Sense: How Hearing Shapes the Mind.

“This is why the majority of bedpartners prefer the constant white noise of a CPAP machine rather than their spouse’s crescendo-decrescendo snoring sounds,” Clete A. Kushida, director of the Stanford Center for Human Sleep Research, writes in an email to Popular Science.

Makes sense, right? But it’s not always that straightforward.

For one thing, there’s pink noise. There’s some semi-complicated math involved, but essentially, pink noise is white noise, but with the higher frequencies turned down in intensity. White noise has equal power across all frequencies; pink noise comes out louder and more powerful on the lower ends of the sound spectrum. That could be helpful for people suffering from tinnitus, or who just find the upper registers of true white noise unpleasant. The noise family tree doesn’t stop there, either: depending on which frequencies you tone down or up, you might also produce Brown noise, (named for a person, not a color) violet noise, and a mess of other colors. Different folks might prefer different sounds.

And, of course, not everyone needs that noise. In some people, the masking effect of white noise can do the exact opposite of what it does for most people–actually increasing sensitivity to underlying sounds, Horowitz says. In the strange, not-totally-explained world of stochastic resonance, people are occasionally able to pick up noises “masked” with white noise better than they are at picking up the noise in total silence. But that’s an explanation article for another time. You look like you need some rest.

Ask Us Anything
hearing
Science
sleep