Foundation Plans To Open A “Fat Farm” For Elephants In California

Many zoo elephants have too much junk in the trunk. 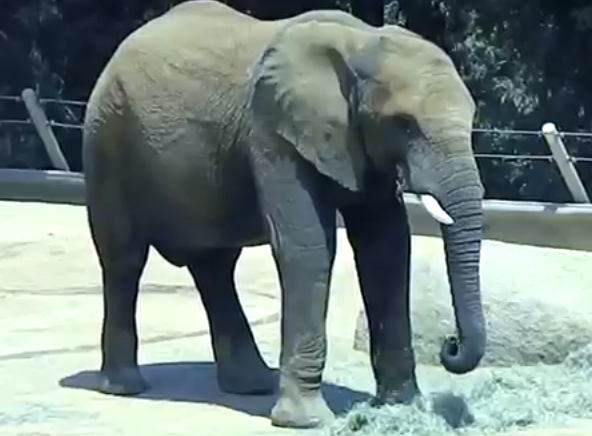 African elephants are the world’s largest land animals. But some of them are too large. A recent study, for example, found that about 75 percent of elephants in American zoos are overweight.

Plans are in the works to open a “fat farm” for overweight African elephants, where they’d be fed fiber-rich plants and allowed room to move around and exercise as they would in their natural habitat, the Wall Street Journal reports. It won’t be too big, though; the proposed “semi-wild” herd would comprise three to five animals at first, and hopefully grow to a group of 12 to 15 members over a 20-year span. The preserve would be located in Tehama County, in Northern California, and funded by a foundation set up by the businessman Roger McNamee.

The plan highlights a trend in zoos to provide more room for large animals, and to replicate natural feeding habits. Caretakers at the Oakland Zoo, for example, spread around brush so that elephants must work to find choice foliage, as they would in the wild. The plan was put in place after a study found that zoo elephants are generally overweight. “One of the researchers on the team developed a body-conditioning scoring system based on five different views of the elephant that does include a posterior view, essentially looking for fat deposition around the area of the rump and the spine,” researcher Cheryl Meehan told the WSJ.

Here’s what a weigh-in at the Oakland Zoo looks like:

On a recent day, a bull elephant named Osh lumbered onto a giant scale that put him at 12,495 pounds. That is a fit and healthy six tons for a 10½-foot-tall, 19-year-old male elephant, said an approving Jeff Kinzley, the zoo’s elephant manager.

Lisa, a 34-year-old female elephant, weighed in at just 9,285 pounds—but was showing serious pachyderm paunch. Lisa is big-boned, but Dr. Parrott, a veterinarian, also politely pointed out her “rotund belly and lack of muscle definition.”

At press time, Lisa could not be reached for comment.