Fluorescence is surprisingly common in many different kinds of fish. 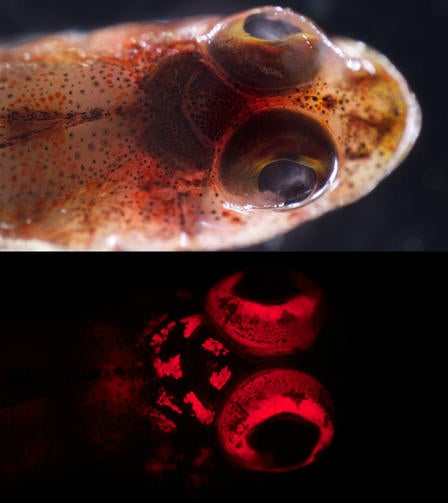 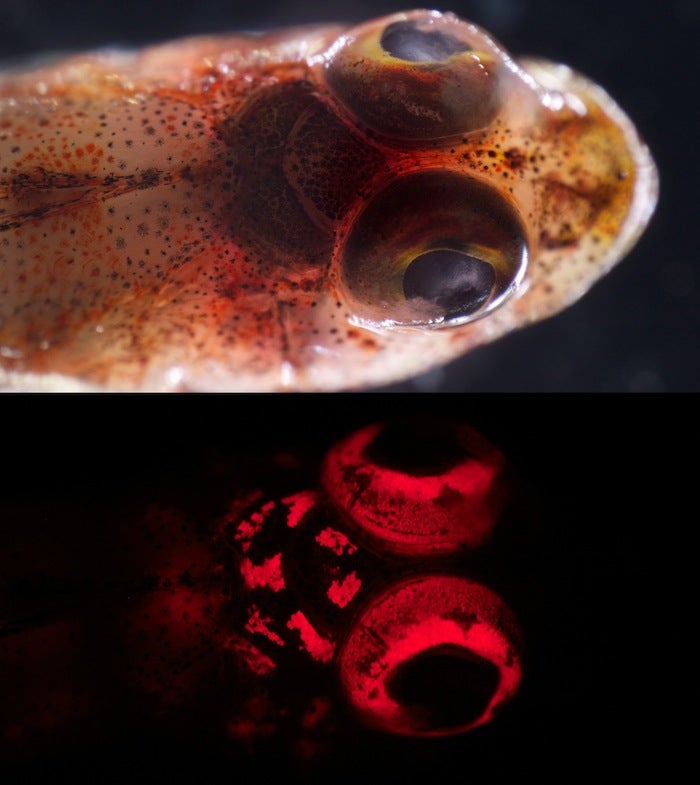 When ichthyologist John Sparks set out to the Caribbean island of Little Cayman in 2011 with colleagues, the plan was to study fluorescence in corals. But a little green eel happened to pass by one of the cameras. When the researchers saw a picture of it later on their computers, it appeared to be glowing like a ghoul out of Ghostbusters, and they thought it might have been photoshopped as a joke. But no–it was real, and it was fluorescing, or emitting light after absorbing a specific type of radiation, in this case blue light cast by the scientists.

That finding launched a study to see how widespread biofluorescence is in fish. The researchers were astonished to find that it is quite common in both bony and cartilaginous fishes: They identified 180 species of fluorescent fish, from 50 different families. Many of these fish live in reefs and are well camouflaged, according to the study, published Jan. 8 in the journal PLOS ONE.

“We’ve long known about biofluorescence underwater in organisms like corals, jellyfish, and even in land animals like butterflies and parrots, but fish biofluorescence has been reported in only a few research publications,” said Sparks, a study co-author and researcher at the American Museum of Natural History, in a statement.

Scientists think that the fluorescence may allow individuals of the same species to recognize one other, like a kind of glowing uniform that may not be detectable by certain predators. They found fish that emit neon red, green and orange light.

The study could guide the search for fluorescent proteins, which could be used for a variety of scientific studies. The scientists who discovered and adapted the green fluorescent protein, which can make animals glow in the dark and was isolated from jellyfish, won the 2008 Nobel Prize for chemistry.