The Fish That Could Save Antarctica

As long as we save it first 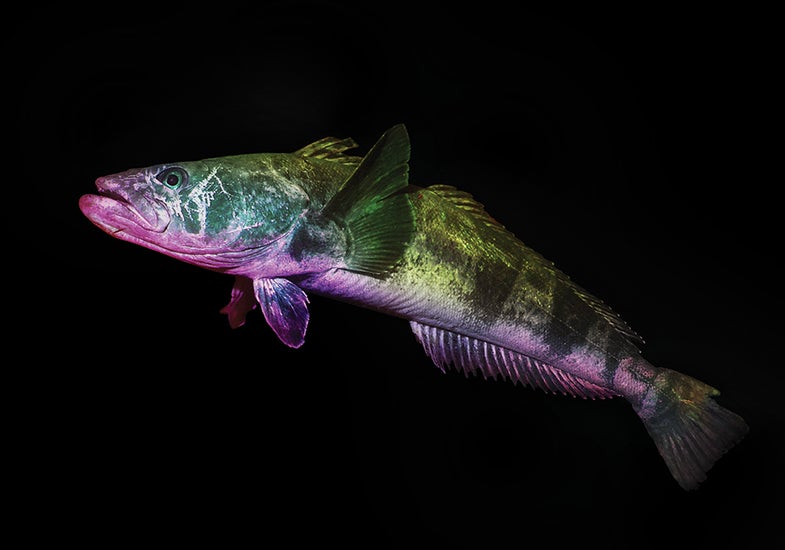 The Antarctic toothfish can grow longer than 6.5 feet and weigh more than 300 pounds. It can live for up to 50 years but doesn't reach sexual maturity until it's about 10 years old—the same age it reaches the size fisheries consider ideal. Rob Robbins/USAP
SHARE

A primeval predator patrols the dark, icy waters of Antarctica’s Ross Sea, antifreeze proteins coursing through its blood. An icon of the Southern Ocean, the Antarctic toothfish is a crucial link in the rich food web of the planet’s most pristine marine ecosystem. Since 1996, it has also become prized by fisheries, which call its meat “white gold.”

In the 2011–12 season, 15 ships from six nations pulled roughly 3,500 metric tons of Antarctic toothfish from the Ross Sea. (Eight nations have vessels registered to fish there.) More than half the catch ends up in the U.S., where it’s sold (along with Pata-gonian toothfish) as the more palatably named Chilean sea bass for upwards of $25 a pound. Toothfish grow only about one centimeter per year, so scientists fear the species can’t withstand the pressure.

At stake are all Antarctic fauna. “Taking the toothfish out will totally change the ecosystem,” says marine ecologist David Ainley—an impact that will ripple down to prey like silverfish and up to predators like whales and seals. “The Ross Sea represents the last continental-shelf ecosystem on Earth that has not been trashed by humans,” Ainley says. “And it’s being plucked for a luxury item that few people can afford to consume.” Protect the toothfish, save the sea. 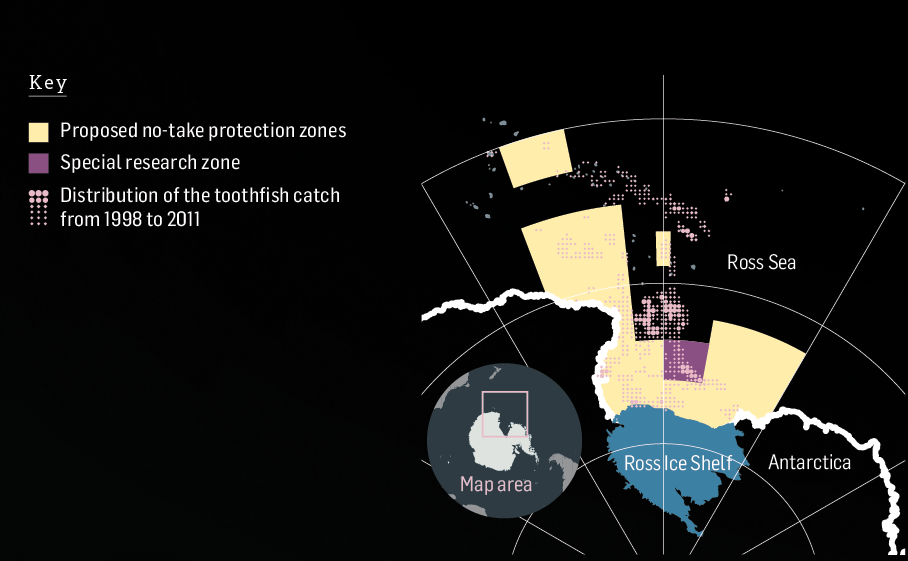 Fishing limits in Antarctica are set by the Commission for the Conservation of Antarctic Marine Living Resources, a governing body made up of 24 nations and the European Union. Three proposals to establish a Marine Protected Area in the Ross Sea have so far failed due to objections from Russia. The commission will reconvene to vote on a fourth in November. Sponsored by the U.S. and New Zealand, it would create a large-scale reserve that would put about a third of the 3.6 million-square-mile Ross Sea off-limits to commercial fishing, while allowing scientists to catch a limited number of Antarctic toothfish in a special research zone.

A Species In Decline

From 1972 to 2011, scientists caught more than 5,500 Antarctic toothfish in the Ross Sea (85 percent were tagged and released). The abundance and body condition of toothfish began to decline when a commercial fishery opened there in the mid-1990s.