The discovery could hold promise for paralyzed patients. 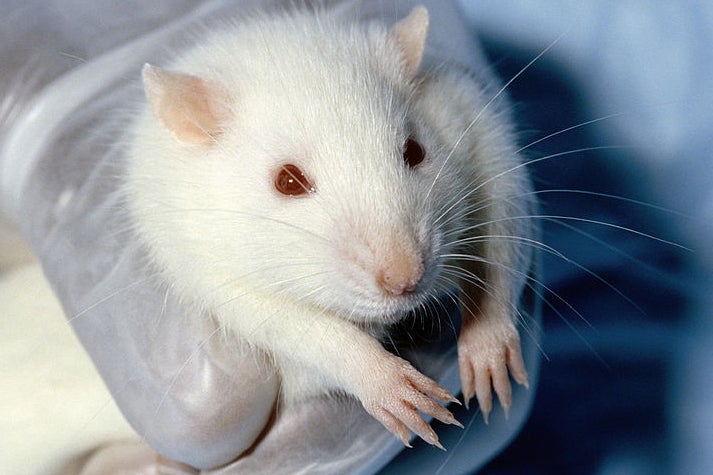 Stimulating a set of neurons deep in the brain has allowed rats with severe spinal cord injuries to walk almost normally again, a group of Swiss researchers reports in Science Translational Medicine this week. The rats were not completely paralyzed, but had damage to 70 to 80 percent of their reticulospinal fibers, so they had previously walked with greatly impaired strength and speed. In animals with paralyzed back legs, the technique didn’t restore walking ability, but allowed hind leg movement to reappear during swimming.

The researchers stimulated the mesencephalic locomotor region (MLR), a section of the brain stem, with electrodes, to “wake up” the spinal cords of the injured rats and allow them to move again. The MLR has been shown to control movement in several vertebrate species, including cats, monkeys and rabbits, and deep brain stimulation has been used to treat some of the locomotion-related issues of Parkinson’s patients.

After receiving these electric pulses to the brainstem, the injured (but not paralyzed) rats could swim and walk almost normally again. The rats with even more severe spinal cord injuries were able to move their hind legs while swimming.

Impressive—especially since the technique didn’t require any kind of regrowth of the nerve fibers around the spinal cord lesions—but many more animal tests will need to be completed before we understand how–and whether–MLR stimulation might work in humans with spinal cord injuries.

The full study is in Science Translational Medicine.