Drug-Resistant Germs Bred In Humans Show Up In Wild Animals

A new study finds a hospital superbug in crows. 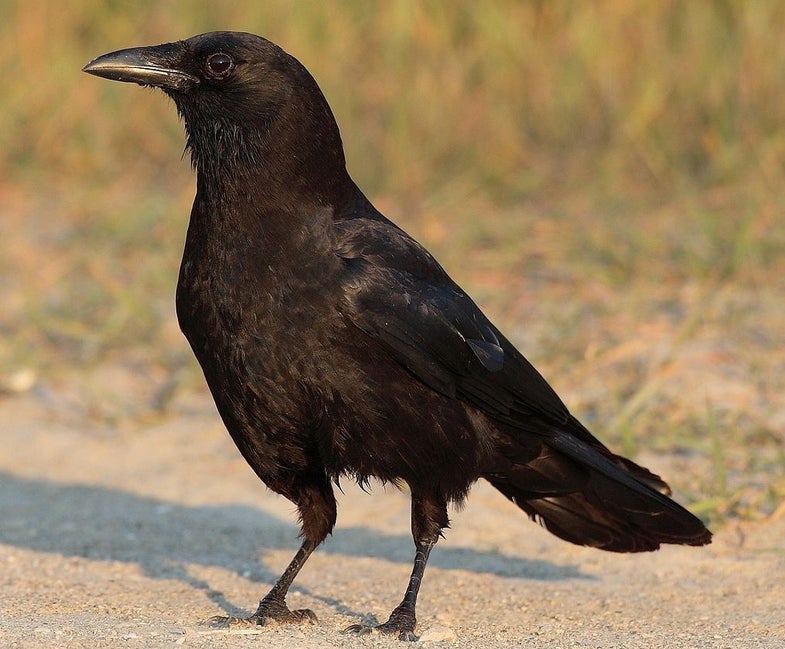 Crows don’t often hang out in hospitals, where the overuse of antibiotics has created drug-resistant germs. Yet crows in some areas of the U.S. carry drug-resistant bacteria in their bodies, according to a new study. Poop from about 2.5 percent of the crows studied had microbes that were resistant to a drug of last resort for infections in hospitals, Environmental Health News reports.

The crow survey adds to a growing body of evidence that so-called superbugs have reached wild animals. Environmental Health News links to studies that have found drug-resistant microbes in everything from houseflies to whales.

There’s not yet research showing how exactly crows’ and other animals’ carrying superbugs will affect human health, veterinary research scientist Julie Ellis told Environmental Health News. But researchers think wild animals could help spread drug resistance worldwide. Crows could carry their bugs everywhere they fly. Environmental Health News has a nice graphic showing how drug-resistant germs spread between different places, including how crows could have picked up a hospital bug.

Drug-resistant bacteria take a big toll on countries. Just this past September, the U.S. Centers for Disease Control and Prevention reported more than 2 million Americans a year get infections that are resistant to at least one medicine. 23,000 Americans die of such infections. These sicknesses cost the U.S. tens of billions of dollars annually in healthcare and lost productivity. And in the future, experts worry, the problem will get worse as more microbes evolve the ability to defy modern medications.