Despite Small Glitch, The Comet-Chasing Craft Rosetta Has Awoken After Years Of Sleep

Rosetta had to reboot itself twice, giving engineers a small scare. 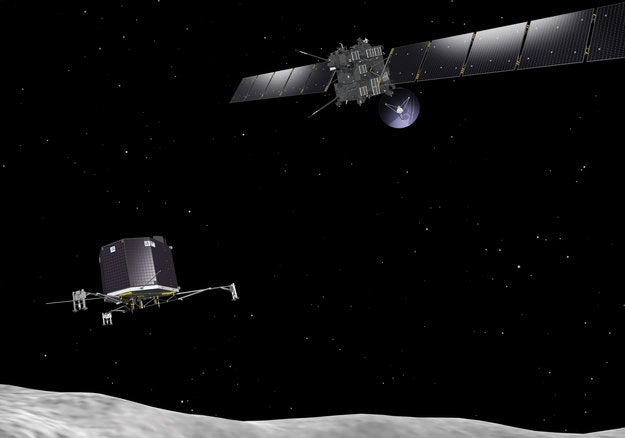 It was brought to life to chase comets but has been asleep for 31 months, drifting beyond the orbit of Jupiter. Yesterday (Jan. 20), the European spacecraft Rosetta successfully turned itself on. The craft had been powered down to save energy, but is now closer to the sun and the comet that it was designed to approach and land on later this year, Comet 67P/Churyumov-Gerasimenko. After turning itself it called home to signal that all was well. It also tweeted, “Hello, world!”

“This was one alarm clock not to hit snooze on, and after a tense day we are absolutely delighted to have our spacecraft awake and back online,” said Rosetta mission manager Fred Jansen, from the European Space Agency.

But it’s fair to say that it did “hit the snooze button” before phoning home. Mission scientists told New Scientist that it didn’t wake up when its first programmed alarm went off, and had to wait for a second reboot, causing 18 minutes of delay that frayed engineers’ nerves.

Nevertheless, Rosetta is awake and appears to be in working order. It’s due to take the first-ever photos of the comet in May, and to approach it in August. It will be the first mission to encounter and attempt to land on a comet. It already passed by the comets Steins and Lutetia, and snapped some photographs of each.