Deep In The Amazon With A Troupe Of Medical Clowns

Is laughter the best medicine? 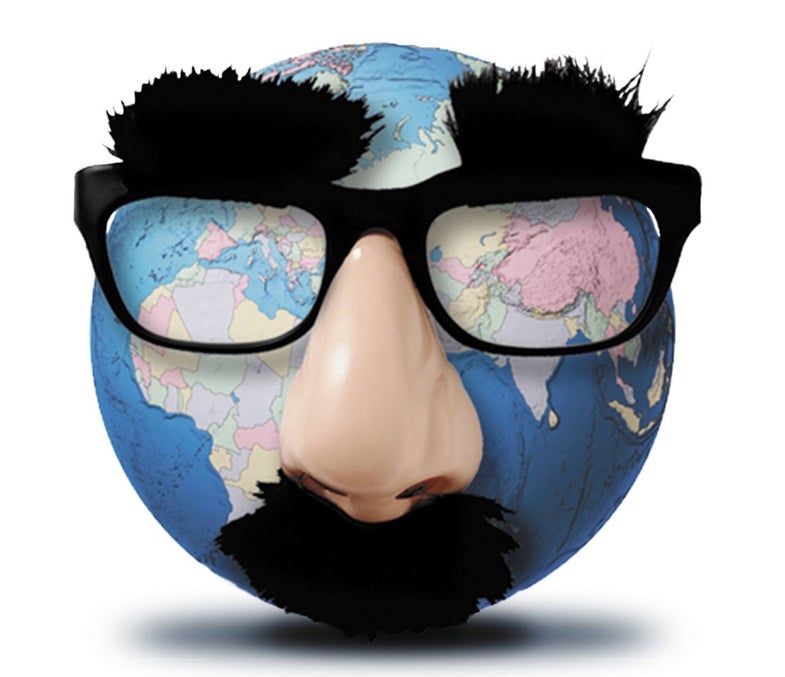 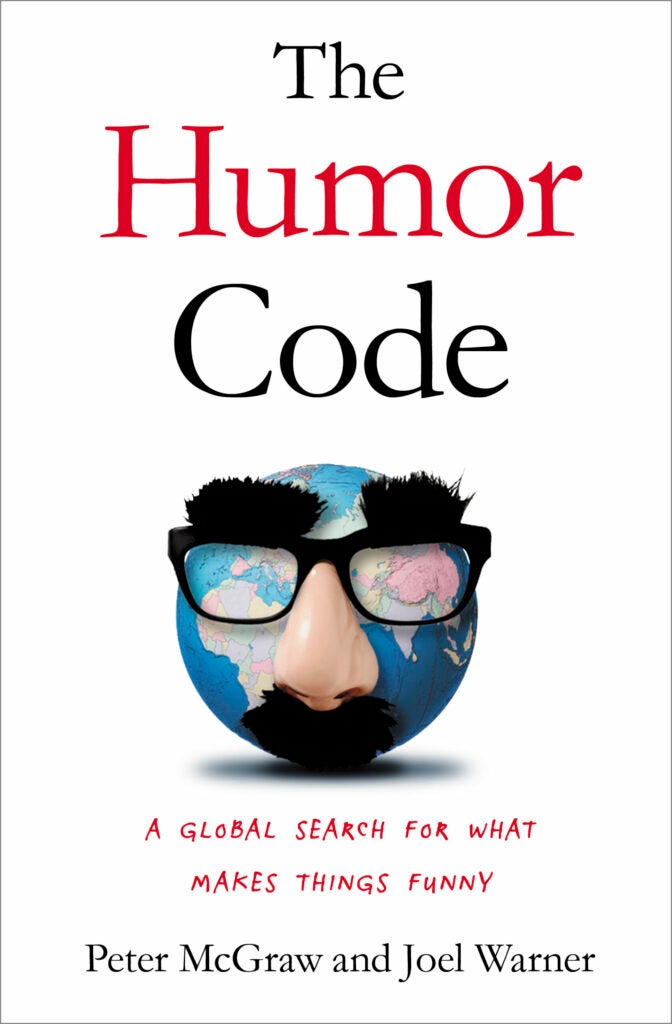 In The Humor Code, humor scientist Peter McGraw and journalist Joel Warner travel around the world looking for the universal meaning of humor. In the following excerpt, they visit Peru with a group that deploys clowns for therapeutic purposes.

The cargo plane we’re sitting in lurches and bucks as it hits a patch of turbulence somewhere above the Andes Mountains. Mechanical whistles and squeals unlike any we’ve ever heard fill the long, hollow cargo hold. I tighten the safety belt strapping me to the cargo netting and distract myself by focusing on the tiny circle of sky I can see through one of the few windows in the fuselage. Pete slips on a sleeping mask and earphones to try to nap. I consider passing the time by chatting with my seatmates, but the deafening roar of the aircraft’s four propellers makes conversation difficult. Plus, I don’t know what to say to them. They’re all clowns.

We’re in a Peruvian Air Force cargo plane headed into the heart of the Amazon with 100 clowns, to answer a simple question: is laughter the best medicine? Yes, humor can tear nations apart and help inspire revolutions—but can it heal? Across the globe, careers have been launched, fortunes have been made, and medical practices have been transformed based on this idea—that laughter cures. To find out if that’s true, Pete and I are tagging along with the hospital-clown version of a biohazard team—an elite group of buffoons and pranksters who are planning to romp, frolic, and mime through one of the mostbeleaguered and destitute places on earth. They’re happy to have us along, on one condition: we have to become clowns ourselves.

Our journey into the Amazon began several months earlier, when we were sitting in a grand hotel conference room in Chicago, Illinois, listening to a welcome speech presented by a sock puppet.

“Welcome to the Annual Association for Applied and Therapeutic Humor Conference,” said the sock puppet, attached to the hand of AATH president Chip Lutz, sweeping its googly eyes around the several hundred people in attendance—men in loud Hawaiian shirts, women in sparkly flapper dresses. “The sock puppet has good eye contact,” noted Pete.

Shenanigans like this are par for the course at the AATH conference, one of the oldest and largest gatherings associated with the therapeutic humor movement. At an evening cocktail reception, where we mingled with social workers, nurses, doctors, and professional speakers from all over the world, a typical icebreaker was, “Are you a Certified Laughter Leader?” Perusing the AATH conference store, we found table upon table covered with books like Laughter: The Drug of Choice, This Is Your Brain on Joy, and What’s So Funny about . . . Diabetes? Nearby stalls offered up water balloon launchers, light-up detachable ears, and bumper stickers that read, “Clowning for Jesus.” One afternoon, I stepped into a hotel elevator with a woman who had what looked like a butterfly sprouting from her head. “Nice wings,” I said. She looked at me like I was a pervert.

Considering the current enthusiasm for therapeutic humor, it’s easy to forget that for most of recorded history, humor and health were considered to have nothing to do with one another. The ancient Greek founders of Western medicine had a whole lot to say about all sorts of therapeutic concepts, but were noticeably silent on laughter’s role in health, other than a stern warning that those plagued by too much mirth should take up a steady diet of boring lectures.

Everything changed, however, with the publication in 1979 of Anatomy of an Illness as Perceived by the Patient, journalist Norman Cousins’s account of laughing away a possibly fatal degenerative disease of the joints with a steady diet of Candid Camera and Marx Brothers films. As Cousins wrote in his bestseller, “I was greatly elated by the discovery that there is a physiologic basis for the ancient theory that laughter is good medicine.”

He wasn’t the only one excited about his discovery. Since then, a booming industry has sprung up around the idea of healthy humor. Clown programs, comedy carts, and humor rooms have become common hospital elements. A variety of therapeutic humor conferences and consulting businesses compete with AATH in the business of teaching people how to infuse trauma and tragedy with humor.

Then we imitated lawn sprinklers

And then there’s laughter yoga, a movement that now involves 16,000 laughter clubs in 72 countries, offering people the world over a chance to chuckle their way to physical and mental health. To experience laughter yoga for ourselves, Pete and I had stopped by one of the weekly meetings of the Denver Laughter Club. In a downtown Unitarian church, we joined a dozen or so club members being led by two so-called laughter leaders (“Jovial Jeff ” and “Crazy Karen”) through a surreal chain of exercises. We began with “greeting laughter,” moving around the room and shaking each other’s hands with a hearty, forced chuckle. Then we carried on extended conversations in nothing but gibberish, and imitated lawn sprinklers while others pretended to run through our spray. Other drills followed—“bumper-car laughter,” “happy pills,” “laughter bombs”—each designed to encourage so much fake laughter that everyone broke down for real. At one point, I passed an imaginary laughter bong to a gray-haired grandmother, from which she took a deep drag and burst out cackling.

“I do feel more energized than I did an hour ago,” admitted Pete when it was over. I, on the other hand, felt like I’d gone through a trial run for living in a loony bin. Still, the regulars, a welcoming and normal-seeming bunch, seemed to be getting a lot out of it. “You don’t need stand-up comedy or movies or plays,” one of them told us. “You can just laugh.”

That’s the point, said Madan Kataria, the doctor who developed laughter yoga in 1995 and is now recognized internationally as the “Guru of Giggling.” When I reached him via Skype in his home base of Mumbai, India, he told me, “Laughter was always conditional and dependent on jokes, comedy, life happenings. For the first time, in laughter yoga, laughter has been disconnected from our daily lives, because there are often not enough reasons to laugh. My discovery was that laughing without reason was enough to give people benefits.”

According to Kataria, those benefits include decreased stress, better immune-system function, improved cardiovascular health, enhanced mental states, stronger social ties, and a more spiritual approach to life. Those are far from humor’s only purported medical benefits, which have expanded far beyond anything ever suggested by Cousins, who passed away in 1990. These days, you can find claims that laughter and humor relieve headaches, provide good exercise, ward off coughs and colds, lower blood pressure, prevent heart disease, mitigate arthritis pain, ameliorate ulcers, vanquish insomnia, combat allergies and asthma, prolong life spans, protect against AIDS, and help cure cancer. Some go so far as to suggest that clowning improves pregnancy rates for in vitro fertilization—although fair warning: if you try wearing a clown nose to bed, there might not be any fertilization.

Ten years ago, to settle the matter once and for all, a professor from the Norwegian University of Science and Technology named Sven Svebak included a brief sense-of-humor questionnaire in one of the largest public-health studies ever performed: the HUNT-2study, in which members of the entire adult population of the county of Nord-Trøndelag in central Norway were surveyed about their blood pressure, body-mass index, various illness symptoms, and overall health satisfaction. According to Martin, it was “the largest correlational study of senses of humor and health ever conducted.” In 2004, Svebak and his colleagues unveiled the results: there was no connection at all between sense of humor and any objective health measures.

At the end of the 1998 Hollywood blockbuster Patch Adams, in which Robin Williams portrays real-life clown-doctor Hunter “Patch” Adams and his attempt to inject compassion and humor into the American medical system, the audience is told that Patch ends up launching a medical practice that treats patients without payment, malpractice insurance, or conventional health facilities, just as he always dreamed, and that construction of his world-changing “Gesundheit! Hospital” is under way.

What the movie never says is that after twelve years of operation, Patch’s medical practice shut down because of doctor burnout and lack of resources. Raising the millions needed to complete the Gesundheit! Hospital in West Virginia has proven next to impossible. To help raise attention to his cause, Patch and his colleagues launched Gesundheit Global Outreach, an international service organization that has sent clown brigades to 60 countries on six continents. Since2005, Gesundheit Global Outreach has focused much of its attention on one venture in particular: an annual, multiweek project involving international clown groups, government organizations, and NGOs, all focused on helping the community of Belén, a slum on the edge of the Peruvian city of Iquitos that’s one of the most impoverished communities in the Amazon. The Belén project is one of the largest and most ambitious international clown endeavors anywhere.

Which is why we’re standing in the lobby of our hotel in Iquitos, a building that has been overrun by clowns. The building has become the Belén project’s makeshift headquarters. All around us, folks are in their clown costumes, ready for the first activity of this year’s endeavor: a celebratory parade into the heart of Belén. Meanwhile, Patch Adams is standing at the front of the crowd, lecturing on the dangers of sunburn.

“Put on sunblock!” demands Patch, gesturing for emphasis with the rubber fish in his hand. “Here’s what happens if you don’t: ‘Ow, ow, ow!’” He cringes in mock agony, rubbing at a make-believe sunburn all over his body.