Deceased Researcher’s Message In A Bottle Discovered In The Arctic 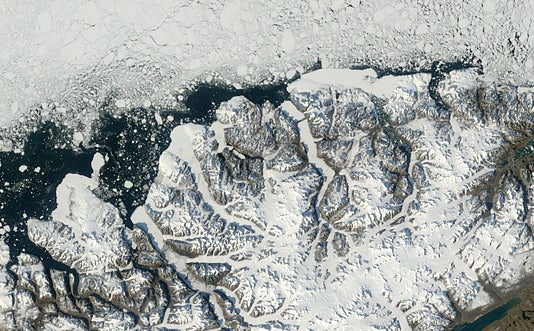 In the northernmost reaches of the Canadian Arctic, 500 miles (800 kilometers) away from the nearest human settlement, researchers discovered a literal message in a bottle, Halifax’s Herald News reports.

It begins just like the worst examples of cover letters on the Internet: “TO WHOM IT MAY CONCERN.” But the rest of it is pretty awesome. It turns out it’s a note buried by Paul Walker, an American geologist well known to those in his field today. He built two rock “cairns” in this remote spot, as the discovering scientist, Warwick Vincent of Laval University in Quebec, described them. Walker asks scientists of the future to measure the distance between the two cairns, one of which is located on the Ward Hunt ice shelf. Walker wanted to know whether the ice shelf, the Artic’s largest, was growing or retreating.

The note is dated July 10, 1959. Vincent and his colleagues carried out Walker’s request and discovered that the rock piles are now 333 feet (101.5 meters) apart. In Walker’s day, the distance was just 4 feet. The findings jibe with Vincent’s work tracking the melting of the ice here, the Herald News reports.

Sadly, Walker, 25, died the same year he set up this 54-year-long experiment. He had a stroke while out in the Arctic, the Los Angeles Times reports. A bush pilot came to bring him back to civilization and to medical care, but he died in his parents’ home that November.