Could Cooked Meat Hold A Risk Factor For Dementia And Diabetes?

If the results hold up, they could point the way toward new treatments. 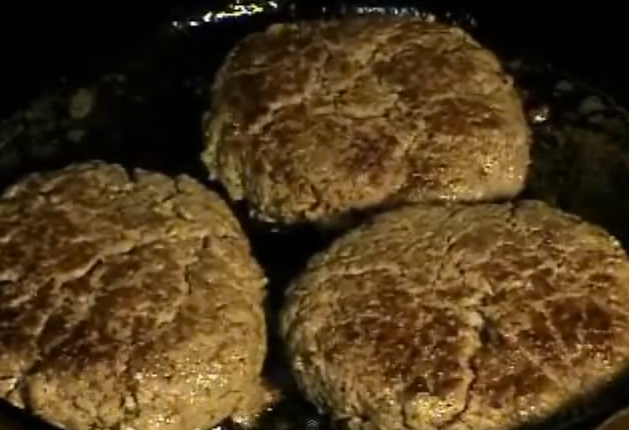 Cooking meat may be a risk factor for dementia and diabetes, according to new research. When meat is heated, it can produce advanced glycation end products (AGEs), which form when protein or fat reacts with sugar. The research found a link between high blood levels of these and cognitive decline in adults over 60, as well as reduced insulin sensitivity (a precursor to type 2 diabetes), the BBC reported. Mice fed a diet high in AGEs also accumulated a defective protein in their brains and performed worse on mental and physical tests.

The idea is that a diet rich in AGEs can change the brain’s chemistry, at least in mice, according to the BBC:

It leads to a build-up of defective beta amyloid protein–a hallmark of Alzheimer’s disease. The mice eating a low-AGEs diet were able to prevent the production of damaged amyloid. The mice performed less well in physical and thinking tasks after their AGEs-rich diet.

The mice fed a high-AGE diet went on to develop symptoms similar to Alzheimer’s, such as problems with their balance and coordination, the United Kingdom’s National Health Service pointed out.

“The findings are very promising, but the question that needs to be answered is whether cutting down on glycotoxins can prevent or reverse dementia,” Helen Vlassara, a researcher at the Icahn School of Medicine at Mount Sinai in New York who led the study, told the Guardian.

Some scientists say the most exciting aspect of the study is finding out how dementia and diabetes are linked, the Guardian noted: “Diabetes is one of the few concrete risk factors for dementia, and doubles the risk of a person developing the disease, but how the two are connected has remained a mystery.”

The study was published in the Proceedings of the National Academy of Sciences.