Changing How Police Respond To Drug Overdoses Could Save Lives 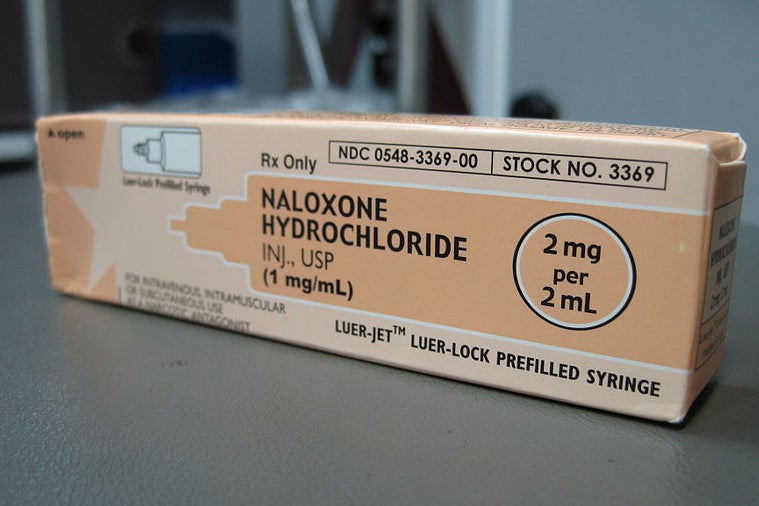 This seems like a no-brainer: Teaching police officers how to administer drug overdose treatments could save lives. Law enforcement officers are often the first to arrive at the scene of an overdose, but according to a new study, they don’t always know what they should — or can — do when responding.

The study involved interviewing 13 police officers in Connecticut and Rhode Island about their attitudes toward prescription drug overdose, as well as current prescription drug users and supervisors like the chief of police (a total of 143 individuals). The interviews “highlighted officers’ feelings of futility and frustration with their current overdose response options, the lack of accessible local drug treatment, the cycle of addiction, and the pervasiveness of easily accessible prescription opioid medications [like Vicodin and Oxycontin] in their communities,” the authors write.

According to the White House, 100 people a day died from opioid overdose in the U.S. in 2010. The Substance Abuse and Mental Health Services Administration recommends that naloxone, or Narcan, the antidote to opioid overdose, “be administered to any person who shows signs of opioid overdose, or when overdose is suspected.” But not many police departments allow their officers to administer naloxone when responding to an overdose call–none of the police officers interviewed for the study were permitted to, though it seems to save lives. This year’s National Drug Control Strategy applauded Quincy, Mass. for training all their law enforcement officials to administer naloxone in the event of drug overdose, reversing at least 100 drug overdoses since the program started in 2010.

“I know I don‟t want my officers giving people shots and pills,” one supervising officer told the interviewers. “We get sued for enough stuff. Let people with some health training issue that.” Another called the antidote a “get out of jail free” card for drug users. However, the authors write that “data suggest that law enforcement, especially in small town and suburban locations, are willing to be partners in training and education around overdose awareness, prevention and response, possibly including the administration of naloxone as a first responder.”

“Overdose prevention and response, which for some officers included law enforcement-administered naloxone, were viewed as components of community policing and good police-community relations,” the study’s lead author Traci Green, a researcher from the Rhode Island Hospital, said in a press statement. “In addition to saving lives, providing law enforcement officers with naloxone, and proper training for administration may also improve the relationships between law enforcement and their respective communities.” In case saving lives wasn’t quite enough of a reason.

The study appears in Drug and Alcohol Dependence.