Calling Interference On The Sun

Bad news: solar flares are becoming more of a threat. Good news: we get photos like this. 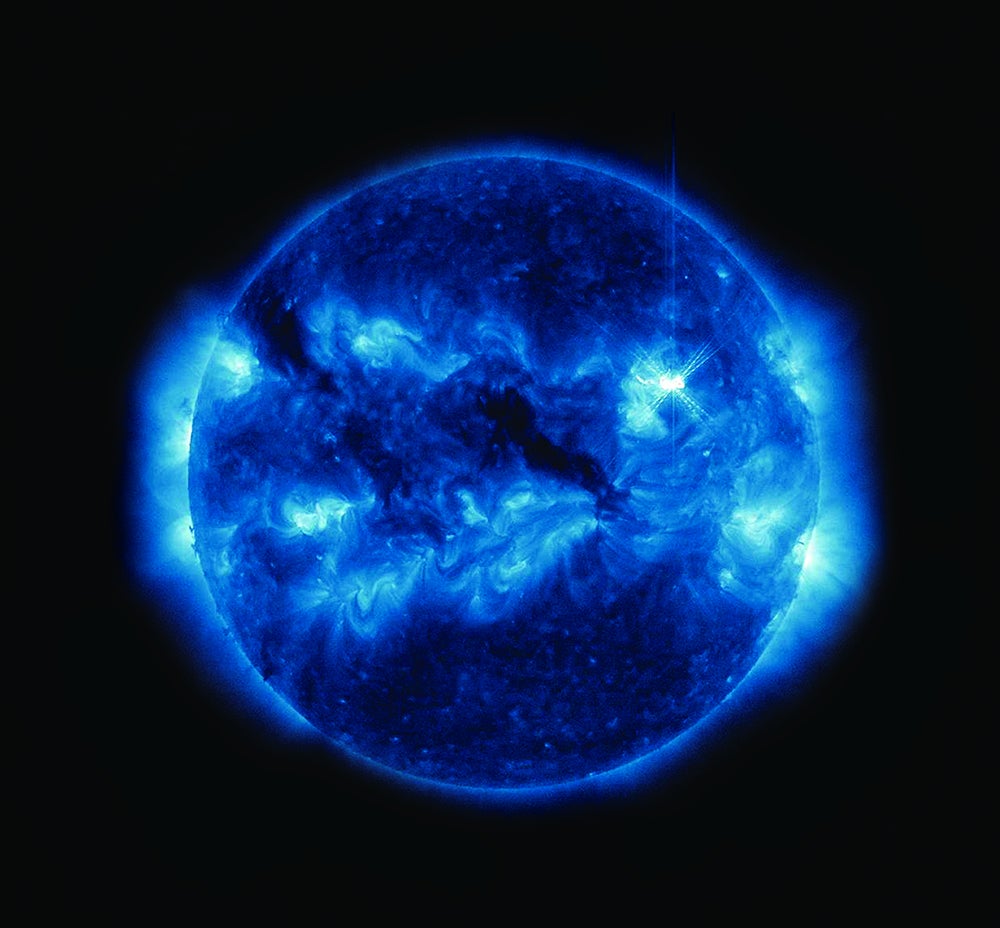 On March 29 at 1:48 p.m. EST, the sun issued a massive X1 flare that caused a brief radio blackout on the sunlit side of Earth. Because the atmosphere insulates technology from most solar-weather effects, flares of this magnitude don’t typically have a drastic impact on the planet. But, says Dean Pesnell, project scientist at NASA’s Solar Dynamics Observatory, “Our vulnerability to solar flares will become more personal as we increasingly rely on GPS—or even as the overloaded power system has more problems.” For this reason, scientists are studying the phenomena in unprecedented detail. NASA announced in May that the X1 event, captured by the SDO in extreme ultraviolet light, is the most comprehensively observed flare to date.