Snot is way more sophisticated than people give it credit for. 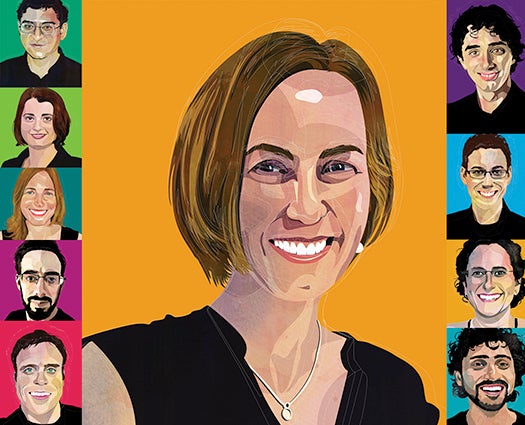 The human body pumps out more than a gallon of mucus each day. People tend to dismiss this slippery stuff as waste, but Katharina Ribbeck, a biochemist at Massachusetts Institute of Technology, discovered that mucus is actually a sophisticated filter. It can stave off infections by trapping viruses and taming harmful microbes, providing a window into our health.

To study mucus in the lab, Ribbeck built three-dimensional matrices composed of mucins, the long, sugar-coated threads that give it structure. Scientists used to believe that mucins behaved like a spider web, trapping anything that came by. But Ribbeck’s research indicates it’s far more discerning than previously thought. “It turns out the body can change the composition of those threads and build gels with different characteristics,” she says.

Last year, Ribbeck and her colleagues found that pregnant women at high risk for pre-term birth tend to have weaker, more permeable cervical mucus than those who aren’t at risk. The barrier potentially allows pathogens to enter, prompting early labor. Ribbeck hopes to uncover similiar markers for cavities, ulcers, and other conditions. She’s also working to develop artificial mucins—which could provide an alternative to antibiotics by changing microbial behavior on the body’s surface.

“Mucus is probably our largest filter in the body,” Ribbeck says. “But it’s commonly disregarded as snot.” That’s an injustice she hopes to rectify. In fact, she recently began working on a children’s book with a superhero who harnesses mucus power.