In The Brain, Distances In Space, Time, And Social Relationships Look The Same

A brain-scanning study finds a small region of the brain that treats "far from me," "distant acquaintance," and "later" as similar concepts. 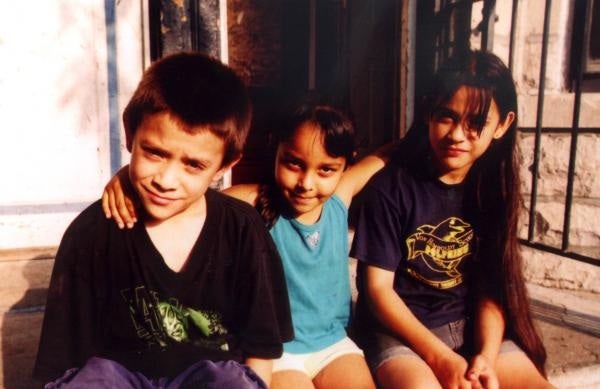 The coffeeshop is nearby.
We’re close friends.
My birthday seems so far away.

In English, at least, we use the same words to describe spatial, social and temporal distances. Weird, right? Psychologists have noticed and written about this for a few years now, but now a new study has found there’s also something physical in the brain to explain the overlap.

“What we were looking for was a region of the brain that would treat these distances in the same way,” Thalia Wheatley, a psychology researcher at Dartmouth College and the lead researcher in the study, tells Popular Science. She and her two colleagues found what they were looking for. In a series of fMRI brain scans, they found a small part of the brain that lights up with distinct patterns when people think about the concepts “near” and “far”—yet creates the same pattern for “near me,” “close friends” and “now,” as well as a second pattern that encompasses “far away from me,” “distant friends” and “later.”

Need to give humans a way to think about social ties? Why not put the part of the brain dedicated to spatial distances to work to do it?

The region is in the right inferior parietal lobe, which scientists think may be involved in processing space, says Carolyn Parkinson, a doctoral student in psychology at Dartmouth who worked on the study. While other parts of the brain certainly do react differently to different kinds of distance, in this particular region, spatial, temporal and social distance look all the same.

Wheatley, Parkinson and their colleague Shari Liu examined only 15 people for this study, so it’s not clear these overlaps would show up in all people. (For example, I got curious if this would happen in people who spoke languages that don’t talk about social and temporal distance using physical distance words. No one has studied this yet, Wheatley says, but it’s a developing area of research.) If the overlaps are common to many people, they support a fascinating hypothesis in neuroscience. Some scientists think that as humans evolved to be more sophisticated—to plan, to maintain social relationships—the brain kept up by repurposing more ancient pathways. Need to give humans a way to think about social ties? Why not put the part of the brain dedicated to spatial distances to work to do it?

“How do we get here? One answer is that we got here by repurposing, recombining evolutionarily older abilities,” Wheatley says.

Her and her colleagues’ work appeared last week in the Journal of Neuroscience.