Birds Of The Future: The Avian Winners And Losers of 2075

Desert dwelling birds will likely have more habitat. Birds that prefer cold weather? Not so much 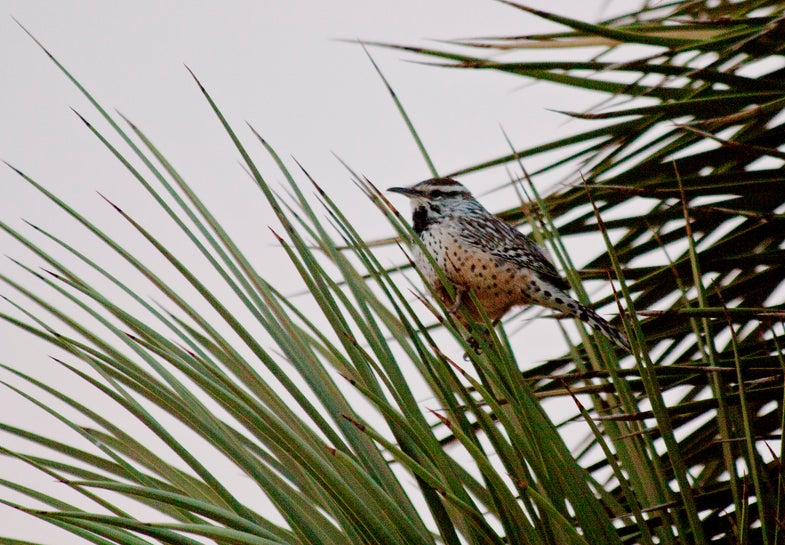 There’s plenty of talk about changing demographics among the human inhabitants of the United States, but what will the bird population look like in 60 years? Scientists took a look at the habitats of 50 different species of North American birds and predicted how their habitats would change over the next several decades. They looked at several factors, including projected climate change and human land use. Their research was published this week in PLOS One.

“Habitat loss is a strong predictor of bird extinction at local and regional scales,” Terry Sohl, a United States Geological Survey (USGS) scientist and the author of the report said in a statement. “Shifts in species’ ranges over the next several decades will be more dramatic for some bird species than others.”

With temperatures expected to rise by 3 to 7 degrees Fahrenheit in the continental United States by 2075, and precipitation patterns expected to shift dramatically, birds will be contending with a lot of environmental factors. But that’s not all. Sohl found that in addition to climate change, deforestation and urban growth were also very likely to change habitat ranges of birds in the United States. For some birds like the cactus wren and the Gambel’s quail, those impacts are likely to be positive. Both species, which live in the arid southwest, could see their habitat ranges expand by over 50 percent. 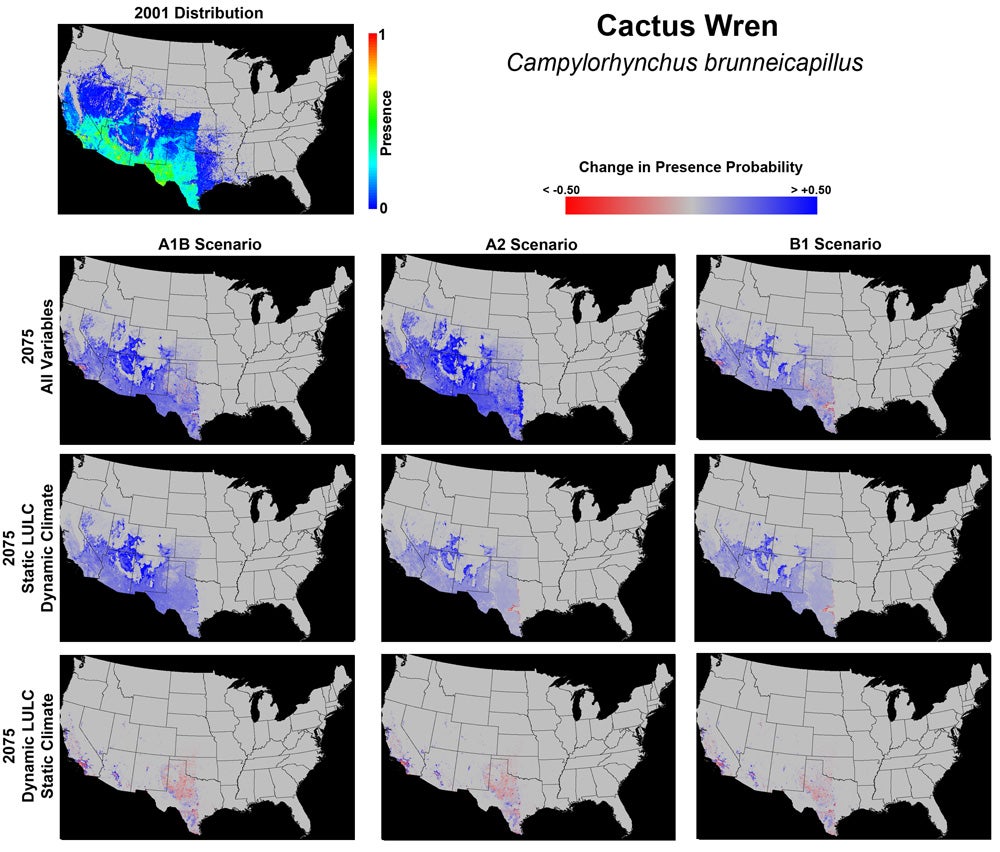 Other species aren’t so fortunate, including the Baird’s sparrow, which stands to lose as much as 90.8 percent of its current range in the cooler climates of the northwestern United States. Luckily, there is still some hope for these cold-loving birds, which could find a safe and comfortable haven in Canada as the climate shifts. To take a look at the projected ranges for all 50 bird species, check out the range maps (along with photographs of the birds) on the USGS’s website. 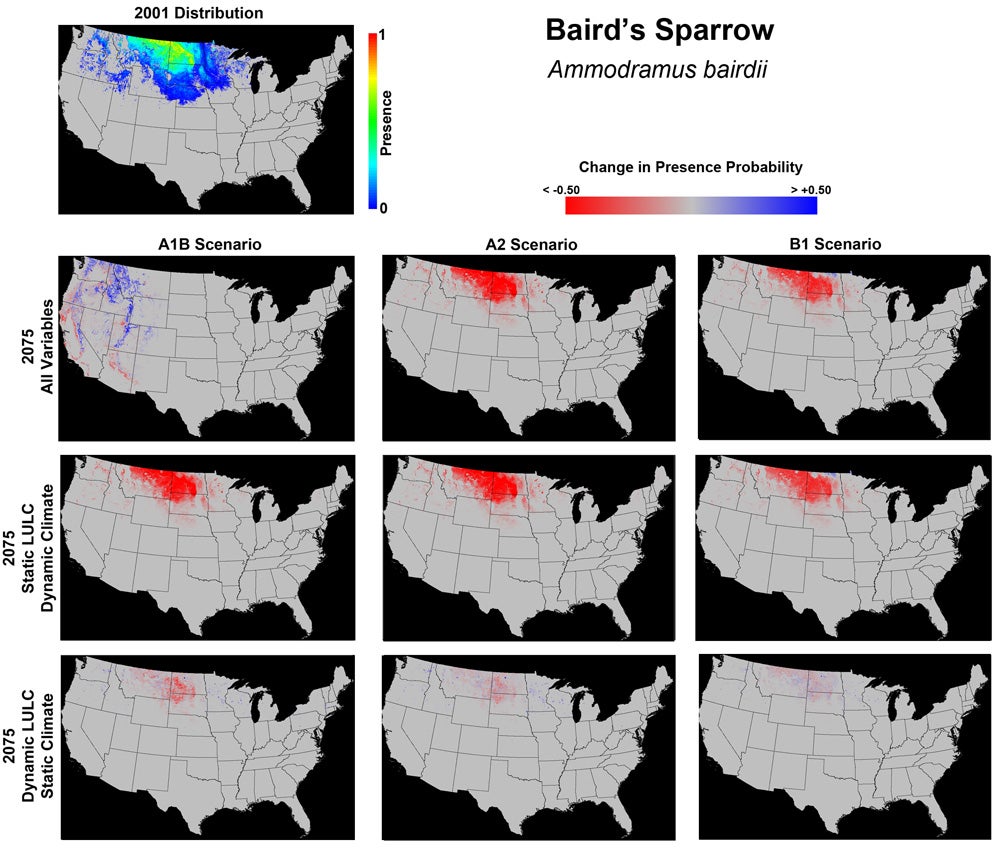