H6N1 bird flu has been identified in a woman in Taiwan. 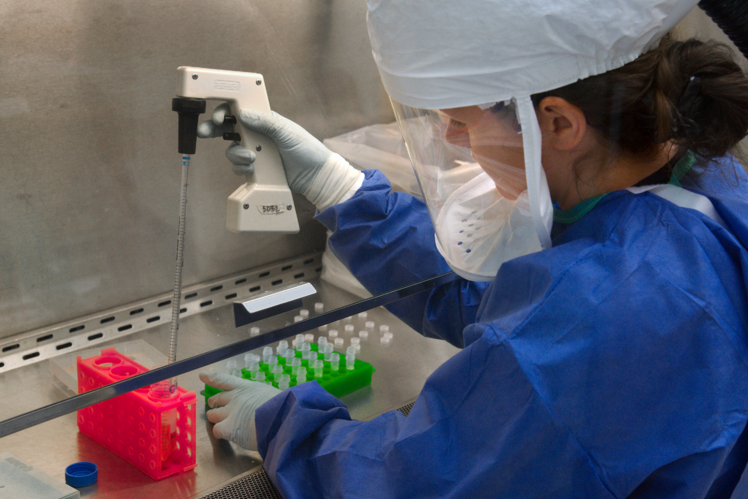 A common strain of bird flu that had previously only infected poultry has reached what’s reported to be its first human patient, according to a study released in the Lancet Respiratory Medicine today.

Earlier this spring, the Taiwanese woman came to the hospital with flu-like symptoms and a shortness of breath. A throat swab sent to the Taiwan Centres For Disease Control helped scientists identify H6N1, a subtype of avian flu that has been spreading in chickens.

Another type of bird flu, H7N9, spread through China at the beginning of this year, passing between birds and humans, but so far hasn’t progressed to spread as easily from person to person as H5N1, the strain that has killed more than 600 people since 1996.

Scientists have been working on developing a vaccine for H7N9, which is thought to have pandemic potential. Researchers from the Maryland-based pharmaceutical company Novavax reported in the New England Journal of Medicine yesterday that they’ve made progress on an H7N9 vaccine. A Swiss company, Novartis, has also announced that they’ve conducted positive clinical trials of an H7N9 vaccine.

Avian flu research was slowed by a worldwide moratorium on studying transmissible H5N1 in January 2012 after a genetic mutation was found that could make the flu able to easily pass among ferrets. Researchers got back to work examining risky mutations of the flu this January.