BigPic: A Model Of BepiColombo, The Spacecraft That’ll Explore Mercury

Europe and Japan are on a mission to Mercury. The BepiColombo mission is expected to launch in 2015, and arrive... 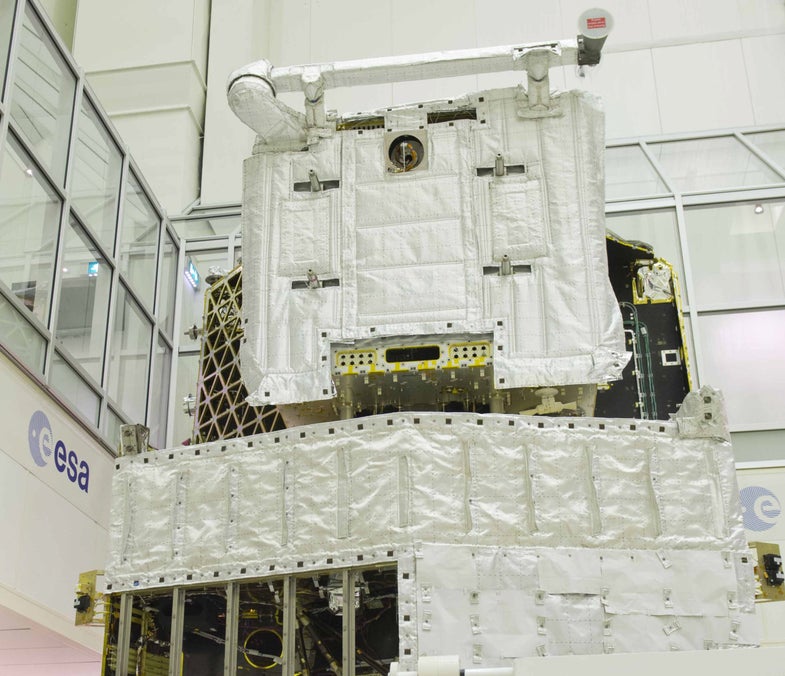 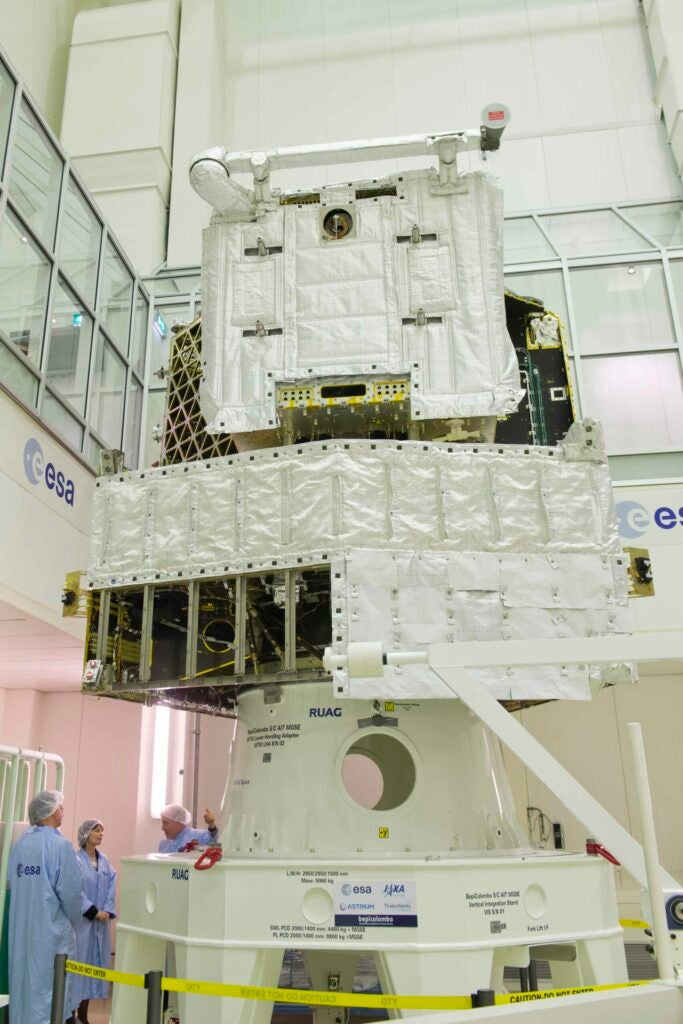 Europe and Japan are on a mission to Mercury. The BepiColombo mission is expected to launch in 2015, and arrive in Mercury by 2022. Carried in a vessel creatively dubbed the “composite spacecraft,” two Mercury orbiters will separate and go into different orbits. One, made by the European Space Agency, will orbit the planet itself, studying the surface and internal composition. The other orbiter, made by the Japan Aerospace Exploration Agency, will orbit Mercury’s magnetosphere, the area around the planet influenced by that planet’s magnetic field.

Pictured above is the “engineering model” of the BepiColombo spacecraft, used for testing. Or at least, this is most of it. It includes the thrusters, on the bottom, and the planetary orbiter above it; the magnetosphere orbiter is absent. As for the name, BepiColombo is a tribute to Guiseppe Colombo, an Italian scientist that worked on NASA’s Mariner 10 mission that passed by Mercury three times between 1974 and 1975.

The project itself was almost cancelled because of budgetary problems. A planned third module, a lander that would go on the planet’s surface, was scrapped in 2003 as too expensive.