Big Pic: Well, At Least We’re Not In The U.K. Right Now

Unless you are. In which case, ugh, sorry, that looks bad. 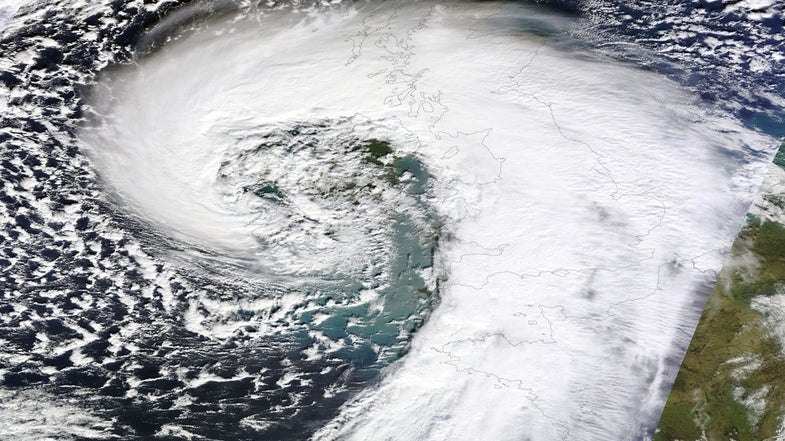 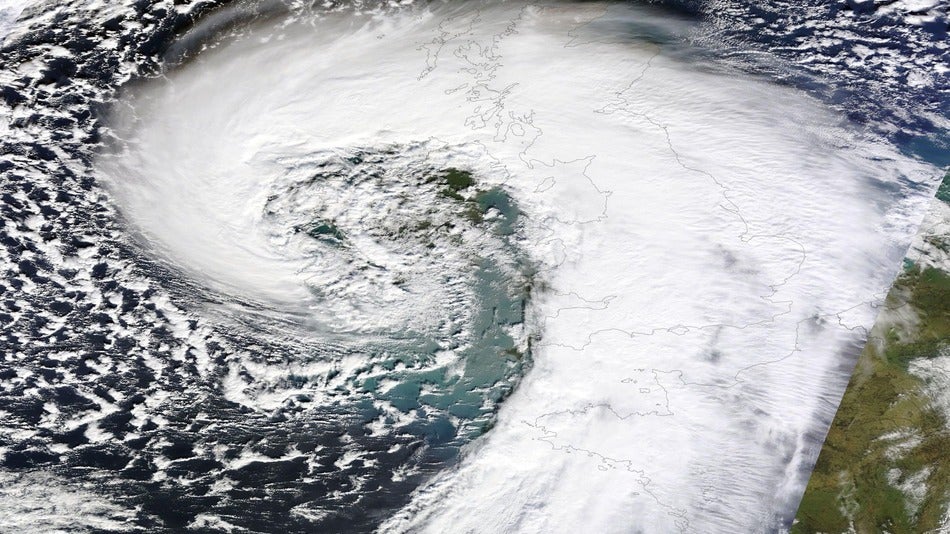 Today, the 8.3 million inhabitants of New York City woke up, looked out their windows, uttered a collective _Nope, _and spent an additional eight minutes in bed hoping the blizzard was some terrible dream. It was not, though, and we’ve been grumbling all day.

But the United Kingdom also looks pretty rough: NASA released this image of a giant comma-shaped storm rolling through Europe. There’s a “red warning” out, reserved for winds of more than 85 mph. It’s the first time it’s been invoked in more than a year.

If you are on the West Coast of the United States, you may now return to your poolside mojitos.