Big Pic: The Universe Reimagined As A Fiery Egg 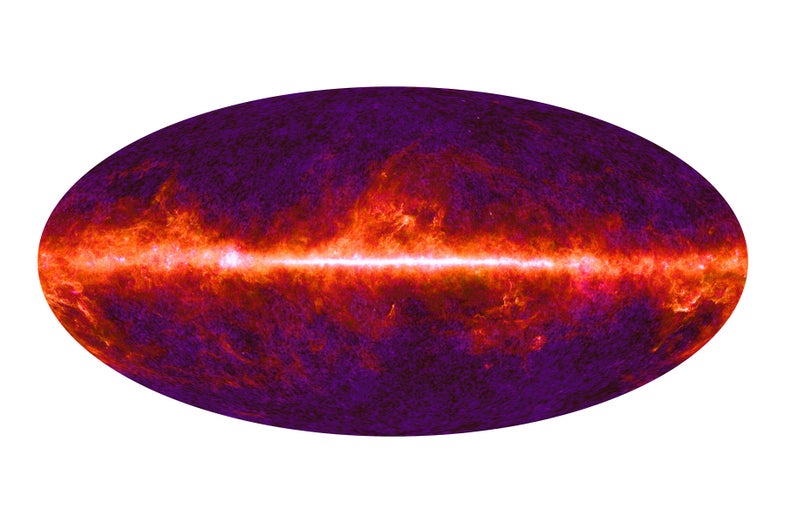 The European Space Agency calls the Planck satellite its “time machine.” Launched in 2009, Planck spends its days collecting data on Cosmic Microwave Background, the faint radiation remnants of the Big Bang spread throughout the universe, hoping to garner insights on how everything began.

The mission inspired artist Jonathan Feldschuh–who got a degree in physics from Harvard before going on to art school–to add his own spin to Planck’s data. For an exhibit on display this month, The World Egg, he created layered digital images that represent the nine different channels of microwave data gathered by Planck.

The composites show the whole universe, from the viewpoint of Earth. The white hot-looking middle strip is the Milky Way. 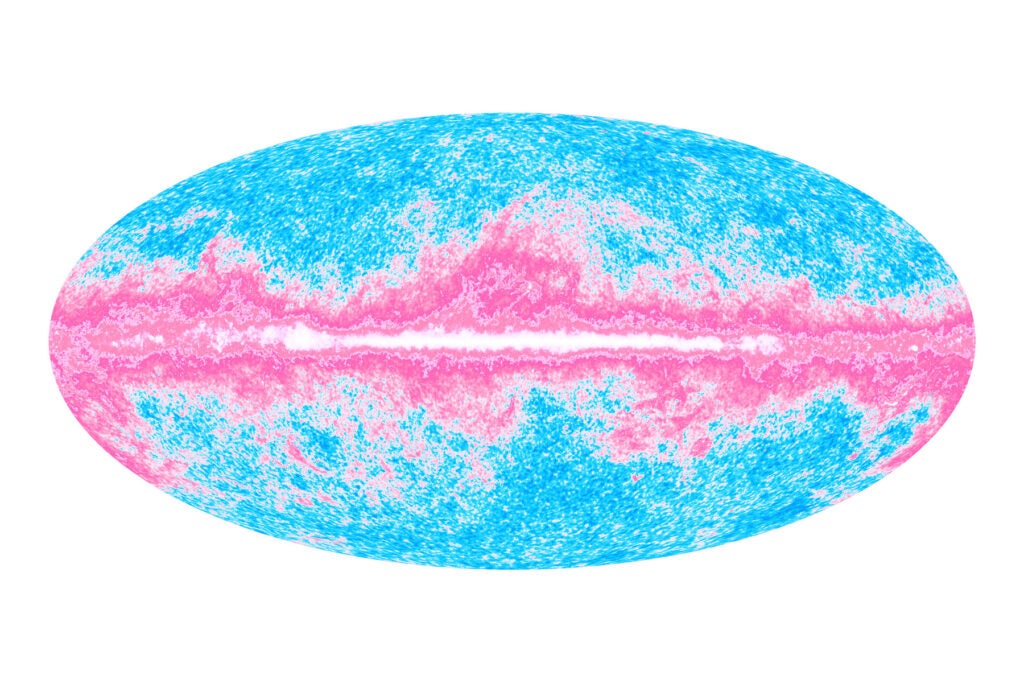 Since Planck’s images of the Cosmic Microwave Background have been called the universe’s “baby picture,” Feldschuh “playfully altered the spectrum to suggest the canonical colors of infancy–the pink and blue of hospital swaddling blankets,” according to his website. Below, he superimposed the microwave foreground, the radation found between us and the light released at the birth of the universe, on the baby-colored Cosmic Microwave Background data. 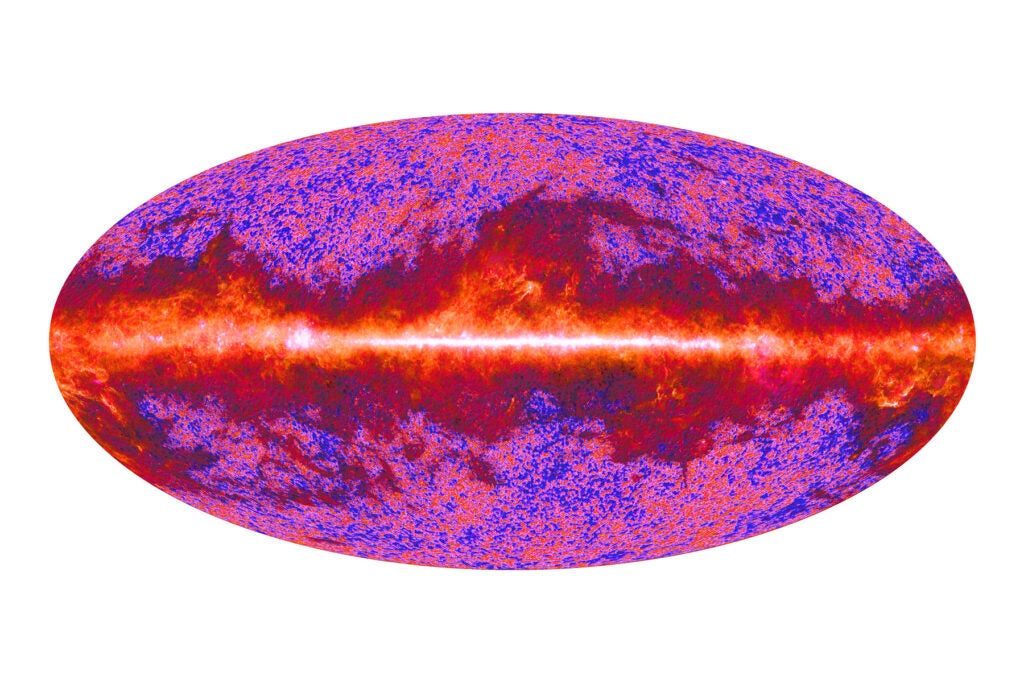 Universe Now And Then

See more of Feldschuh’s work, including his paintings of the Large Hadron Collider, here.