This might be the strongest one to make landfall in history. 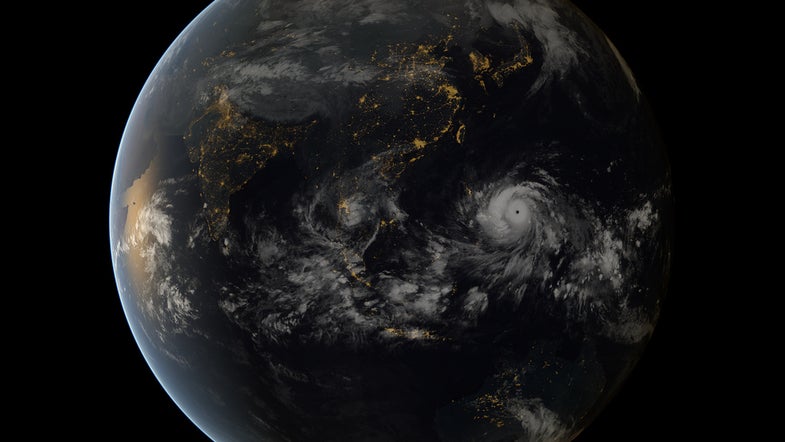 The Philippines was hit with a super typhoon today. With waves as high as 15 feet and winds estimated as strong as 195 mph (and 235 mph gusts), typhoon Haiyan could be the strongest tropical cyclone in history—depending on which metrics you’re looking at.

The island country is no stranger to typhoons, having already weathered 25 so far this year. But with winds higher than 150 mph, Haiyan qualifies as a super typhoon (which is actually a real term, unlike “superstorm”). The New York Times reports that the storm traveled across the country at a speed of about 25 mph. Such a speed actually decreases the possibility of landslides and the impacts of rain, which are major causes of deaths.

This image was taken by geostationary satellites of the Japan Meteorology Agency and EUMETSAT at around 8:00 a.m. EST (13:00 UTC) yesterday as Haiyan made its approach toward the Philippines.