Another clue in the mysterious lives of fungi. 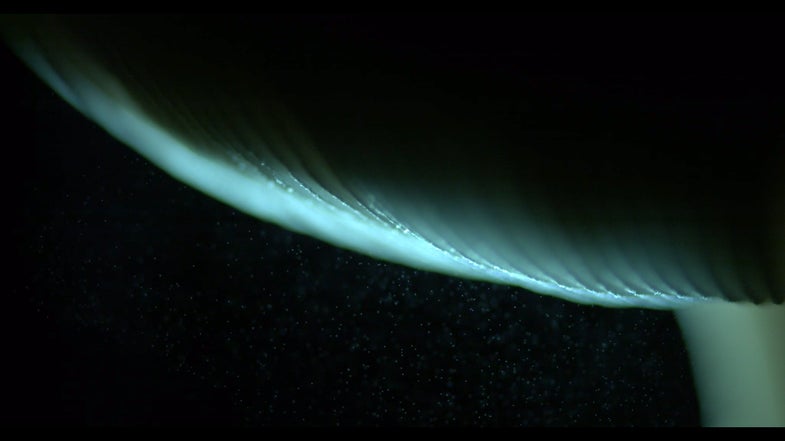 Mushrooms produce spores in order to reproduce and spread their mushroomy goodness throughout the land—or at least propagate the species. And for a long time, scientists believed they released these spores at random. Hopefully they would catch wind and carry, but what if the air was still? At the American Physical Society’s annual meeting of the Department of Fluid Dynamics yesterday, scientists presented a possible alternative.

Mushrooms might not be so passive—in fact, they might be creating their own wind. The researchers found that at least some mushrooms, and maybe all of them, can manipulate their environment through water vapor and active cooling, producing air flow. The extra lift granted by the process gives the spores an extra four inches horizontally and vertically. The team observed the spore winds using high-speed videography, and used a laser beam to illuminate the image above.