Why did the hipster get a sweaty chin? Because he grew a beard before it was cool. 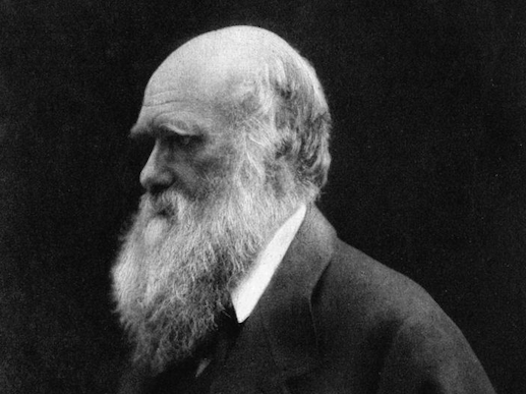 By the beard of Darwin! Some studies have shown that women generally like beards, while others show that whiskers make men appear older and more aggressive. New research suggests that it’s all relative, though, and that men’s beard fashions follow a pattern of Darwinian selection, becoming most attractive (to both women and men) when they are rare.

In the study, published in the journal Biology Letters, the scientists asked 1,453 women and 213 men to rate the attractiveness of men with four different levels of “beardedness,” with the extremes being clean-shaven and fully bearded. Study participants were either shown mostly full beards, mostly clean-shaven countenances, or a mixture of all four (with intermediate levels of light and heavy stubble). Both women–and men–said that heavy stubble and full beards were most attractive when they were rare, the BBC reported. Clean-shaven faces were also judged most desirable when they were not common.

This is an example of negative frequency-dependent selection, in which traits are most desirable when they are rare. This “rule” explains why male guppies develop different bright colors, for example, the BBC noted. “Negative frequency-dependent preferences may therefore play a role in maintaining variation in men’s beards and contributing to changing fashions,” the researchers wrote.

Does this imply that hipsters–infamous for doing the opposite of what’s generally seen as cool–may be on to something? I’d tell you, but the answer involves some obscure filmmaker you probably haven’t heard of.