Balancing Water To Save Lives

Tiny proteins that have a big impact 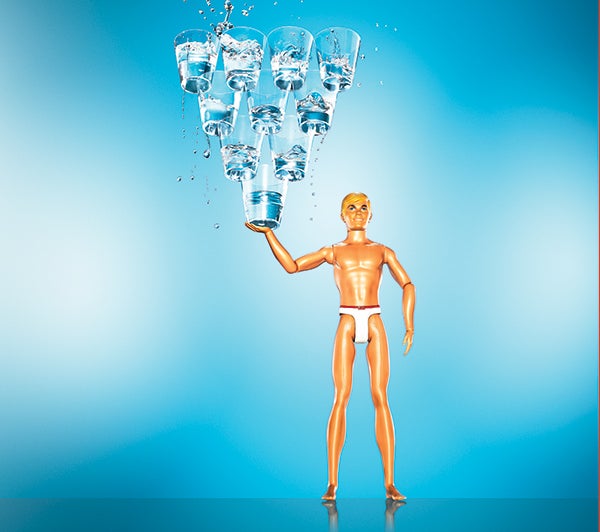 Maintaining a perfect cellular water balance is crucial for our bodies to function as they should. That’s the job of tiny proteins known as aquaporins, which channel water across cell membranes. Recently, scientists discovered that aquaporins are present in tumors and may accelerate the growth of certain cancers. Researchers have also discovered that Devic’s disease, an incurable autoimmune disorder that can lead to paralysis, is caused by antibodies that attack aquaporins.

Multiple labs are targeting aquaporins as they work to develop new treatments for disease. For cancer, that means identifying a molecule that can block aquaporins in tumor cells. It’s a difficult challenge. “Water always finds a way in,” says Dr. Alan Verkman, professor of medicine and physiology at the University of California at San Francisco. The leading inhibitors are heavy metals, like mercury. While too poisonous now, they are still fertile ground for researchers and may be viable in the future. Closer to realization may be a therapy for Devic’s disease, which in addition to paralysis can cause rapid blindness and loss of bladder and bowel control. Verkman’s lab has identified a molecule that can block the antibodies targeting aquaporins, and it has shown promise in preclinical trials. Water gives life, as the saying goes, but understanding and manipulating how it moves through cells may prove to be a hallmark of 21st-century medicine.