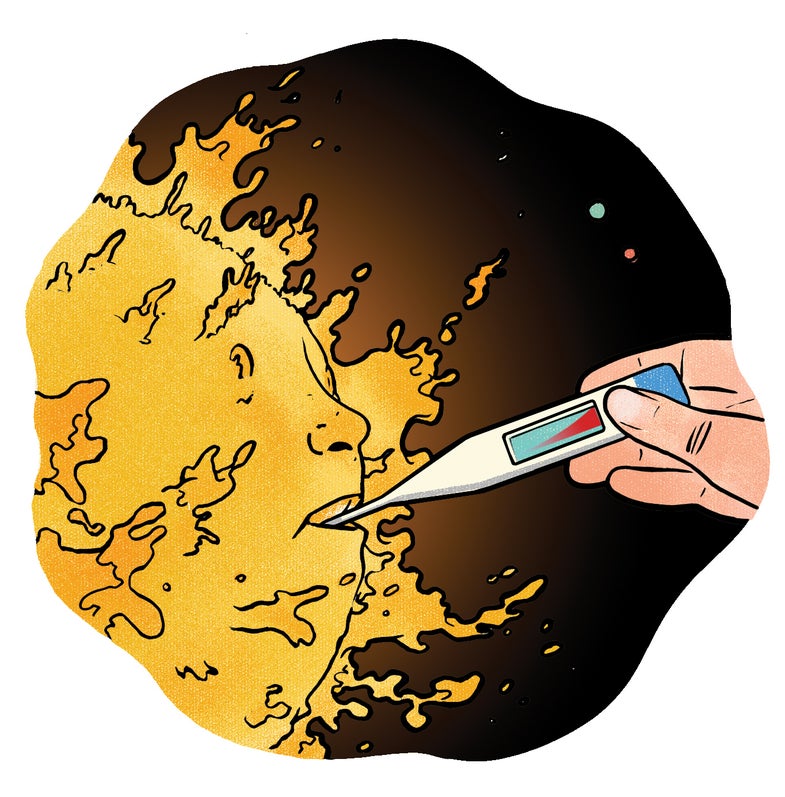 It’s easy to understand the theoretical minimum temperature: absolute zero. The absolute maximum, on the other hand, is squirrely. “We just don’t know whether we can take energy all the way up to infinity,” says Stephon Alexander, a physicist at Dartmouth University. “But it’s theoretically plausible.”

The most straightforward candidate for an upper limit is the Planck Temperature, or 142 nonillion (1.42 x 1032) Kelvin (K)—the highest temperature allowable under the Standard Model of particle physics. But temperature comes about only when particles interact and achieve thermal equilibrium, Alexander explains. “To have a notion of temperature, you need to have a notion of interaction.”

Many cosmologists believe the hottest actual temperature in the history of the universe was several orders of magnitude cooler than the Planck Temperature. In the first moments after the Big Bang, expansion occurred so rapidly that no particles could interact; the universe was essentially temperatureless. In the tiny slivers of a second that followed, Alexander says, ripples of spacetime may have begun to vibrate with matter and forced that matter into thermal equilibrium. This would have caused a quick reheating of the universe to something like 1027 K. It has been continually expanding and cooling ever since.

This article was originally published in the November 2014 issue of Popular Science under the title, “What’s the hottest temperature possible?”

ask anything
Ask Us Anything
big bang
cosmology
November 2014