The Alien Whisperer: Jill Tarter On 38 Years Of Hunting For E.T.

Alien hunter extraordinaire Jill Tarter, the inspiration for the movie Contact, speaks about her quest to detect signs of intelligent life. 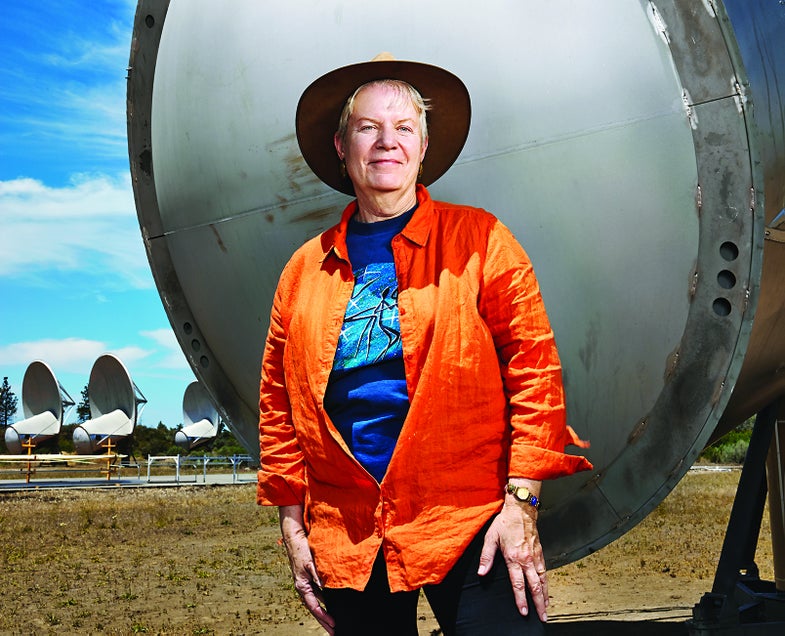 In the search for extraterrestrial intelligence (SETI), people typically seek messages, not send them. Think Jodie Foster in the movie Contact as an alien signal pulses in her headphones. The inspiration for Foster’s character, astrophysicist Jill Tarter, wants to help make future humans the kind of talkative interstellar society she has spent the past 38 years trying to find.

Popular Science: Why search for alien broadcasts if we’re not sending them ourselves?

Jill Tarter: Given the history of the galaxy, statistically, any civilization that we could communicate with is going to be much older. And since transmitting is harder than listening, we put the onus on them.

PS: What about the messages we sent on Voyager 1 and 2?

JT: Those are like messages in a bottle. If you’re serious about sending a transmission that has any chance of being received, you want to send out a billion bottles. You need to transmit continuously—not just for a year or a decade. Right now we’re not very good at making 10,000-year plans, but I definitely think transmitting is in our long-term future.

PS: If we are eventually able to broadcast, what should we say?

JT: Humans, as a species, need to decide. There’s now a project to crowdsource a self-portrait of Earth to send to the New Horizons spacecraft, which is headed for Pluto and then out of our solar system. At this point, we’re asking people to submit just one word. “Curiosity” and “hope” are prevalent, but “fear” and “war” are there as well. One of the most interesting questions is whether the crowd will tell the truth—how much of our dark side we will include.

PS: What do you think about sending actual living beings outside the solar system?

JT: I can envision smart, small probes being able to do amazing exploration. I don’t know about biological space travel. But that’s precisely why I signed on to the 100-Year Starship project, which aims to make travel beyond our solar system a reality within the next century.

PS: Is that realistic?

JT: I take science-fiction author Arthur C. Clarke’s second law seriously: “The only way of discovering the limits of the possible is to venture a little way past them into the impossible.”