7 Factors That Change Your Sense Of Taste

Take a bite out of that 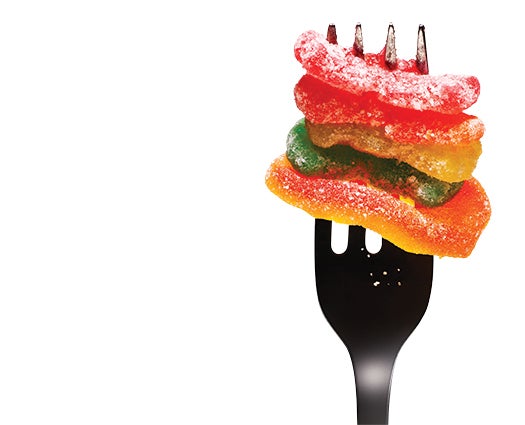 The tongue recognizes five basic tastes: sweet, salty, sour, bitter, and umami—a savory aspect associated with meat and mushrooms. But the taste you actually experience isn’t that simple. In recent years, a growing number of studies have shown that taste can be influenced by a host of surprising factors.

Spoons made from copper or zinc enhance a food’s apparent saltiness. Researchers suggest further study into how this could help people eat less salt.

Forty-eight percent of participants thought soda in a blue glass was more thirst-quenching than in other colors, likely because they associated blue with cold.

People were asked to describe the qualities of the same Scotch whisky in three rooms themed as grassy, sweet, or woody. (For example, the first room smelled of grass and played recordings of bleating sheep.) They largely responded with “grassy,” “sweet,” or “woody,” respectively.

Recalling a positive memory about eating vegetables will make a present experience with them more enjoyable (and you’ll take a bigger portion too).

*According to senior editor Martha Harbison