It diverged from its most closely related kin about 7 million years ago. 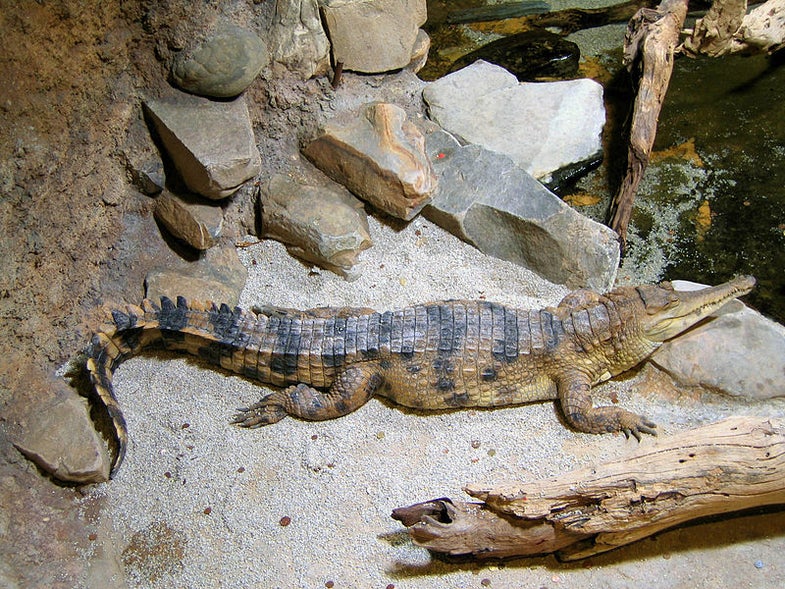 Unfortunately for this species, the western African area it calls home–stretching east from Gambia, along the Atlantic Ocean–has been heavily hunted, and the animal is likely critically endangered. “If our surveys are truly representative of this species status in the wild,” researcher Matthew Shirley told Scientific American, it “is easily one of the two or three most endangered crocodilians and, without question, one of the most endangered vertebrates in Africa.”

But that’s not all, as Scientific American noted:

Perhaps just as notable as the discovery of the new species, the paper confirms earlier research that indicates these slender-snouted crocodiles are not “true” crocodiles of the genus Crocodylus but rather belong to their own genus [the taxonomic classification above species], Mecistops. The central African slender-snouted crocodiles are now known as M. cataphractus. The west African species is still awaiting a new taxonomic species name.

That brings the total known number of African croc species to seven, up from three just five years ago.

In semi-related news, a new species of river dolphin was recently discovered in Brazil.