How Tweets Can Save Lives

In times of crisis, social media can paint a picture of areas in need. 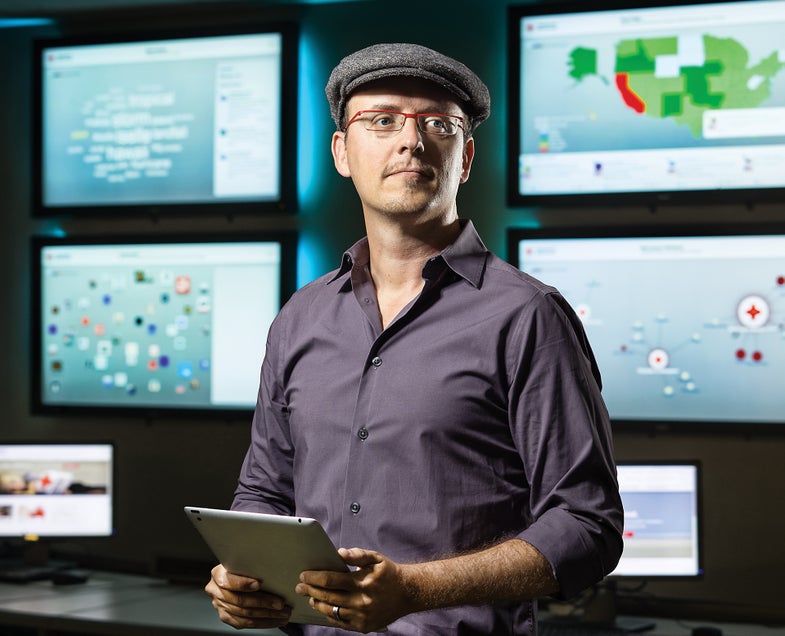 Natural disasters and political unrest trigger torrents of tweets and posts—chaotic snippets of what could be valuable information. Patrick Meier, director of social innovation at the Qatar Computing Research Institute, applies artificial intelligence to this crowdsourced data, organizing digital photos and messages into dynamic maps that can guide real-world relief efforts.

Popular Science:__ You work in crisis mapping—what is that exactly?

Patrick Meier: In disasters, there are a lot of eyewitness accounts on social media. But the overflow of information can be as paralyzing to response teams as the absence of it. During Hurricane Sandy, there were more than 20 million tweets and several hundred thousand pictures. We’re developing solutions to quickly identify needles in the haystack and chart them visually.

PM: For example, before typhoon Haiyan made landfall in the Philippines, we got a request from the United Nations to look for all tweets that said, “I need help,” or “The bridge has just collapsed.”

PS: In what way are they used?

PM: On the MicroMappers app, volunteers classify and geolocate these calls for help. Once people tag between 50 to 100 examples, an algorithm then classifies similar tweets with 90 percent accuracy. The result is a map with metadata that says, “In this area, 20 people have expressed a need for food,” or “There are 17 reports of flooding.” That’s the scale at which humanitarian organizations operate.

PS: How does this improve and hasten disaster response?

PM: Disasters are not static; they evolve. With these new technologies, we can get information in close to real time that helps support decision-making.

PS: What’s the next step?

PM: We want to apply machine learning to aerial imagery. Once we know what huts without roofs look like from a bird’s-eye view, we can run algorithms on photos to accelerate damage assessments.

PS: How about other applications?

PM: We’re creating a clone of the platform that enables election monitors to identify tweets related to intimidation, bribery, corruption, or violence. We’ve also partnered with a wildlife reserve in Namibia to identify animal species in aerial images so managers know which populations need protection.