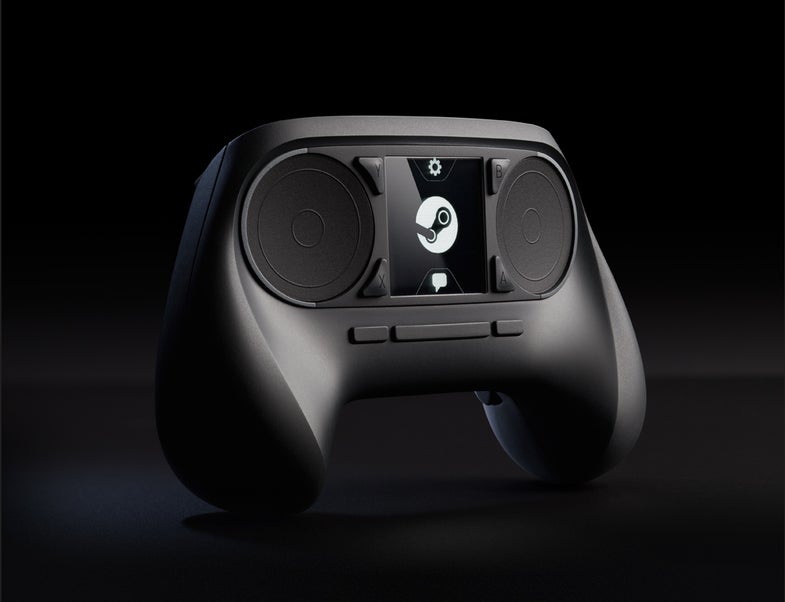 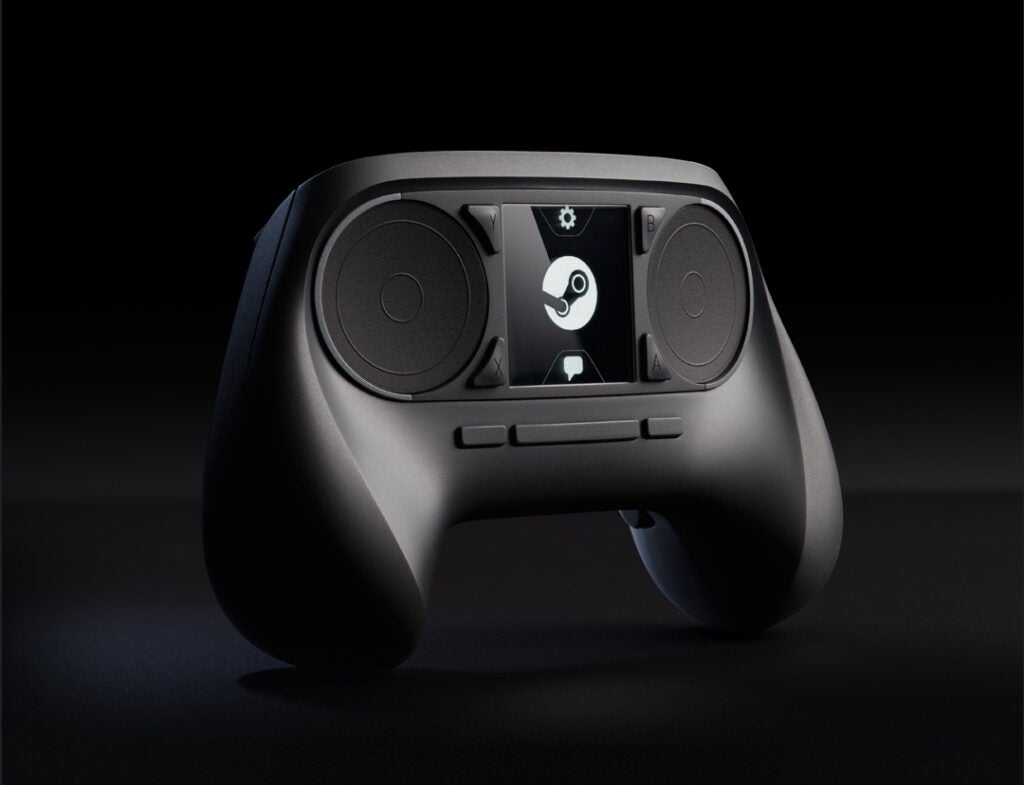 The trilogy is complete! As part of a three-part announcement this week, game- and game-services company Valve announced a new operating system based on their virtual gaming store Steam, and a series of consoles for playing games through your TV, coming in 2014. Now here’s the third announcement: a controller to play games on those machines, which, unlike the machines, they’re showing right now. Good, because this thing looks insane.

Those two circles on the side, usually the places where a joystick sort of thing goes, have been replaced by grooves, like the thumbsticks were blasted away by the world’s tiniest meteories. The grooves are touch-sensitive trackpads, so to pilot your way through a game, you rub the grooves. The buttons on the controller are in the center, a departure from about every controller that’s ever existed, which consistently relegated them to one side. (Makes sense: many games on Steam were built with a PC in mind, where action is controlled through a mouse and keyboard. The trackpads could offer functions that would be impossible using traditional design.) Rather than “rumble” functions, where the controller vibrates according to something that happens on-screen, Valve is employing “haptics.” In their words, from the announcement page: “The Steam Controller is built around a new generation of super-precise haptic feedback, employing dual linear resonant actuators. These small, strong, weighted electro-magnets are attached to each of the dual trackpads. They are capable of delivering a wide range of force and vibration, allowing precise control over frequency, amplitude, and direction of movement.” In the center of the controller is a touch-screen–players can cycle through a menu to, say, select a game, then click (it’s based on clicks instead of the usual taps of touch-screens) to play that game.

So what would the controls look like for a game? Valve offered potential controls for one of their in-house games, Portal 2: 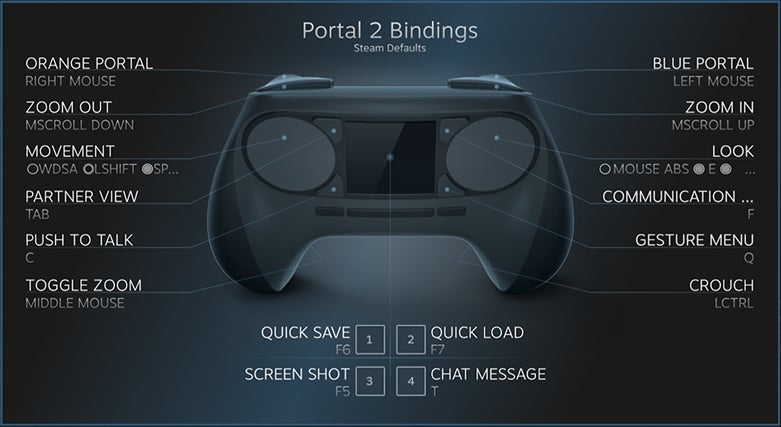 The controller will work with any games available on Steam–some 3,000 titles–now or in the future, Valve says. You’ll be able to hook the controller up to your computer, if you’d prefer that to the mouse-keyboard configuration.

And that’s all she wrote, as far as Valve’s announcements. The company is starting beta testing of the controller for Steam users, and has the details here.