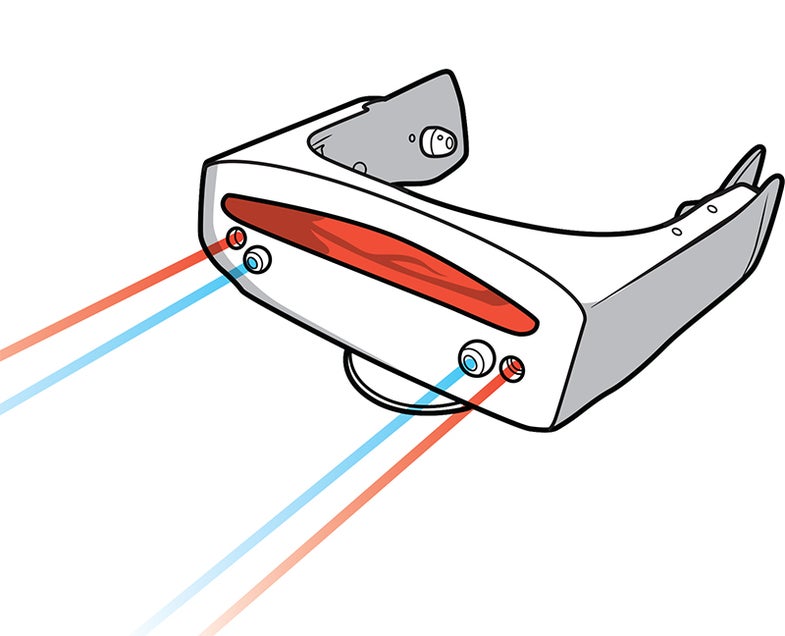 Ever since his dad built a replica of KITT, the sentient car from the 1980s TV show Knight Rider, Patrick Priebe wanted to be a full-time tinkerer. Losing his job as an industrial chemist created the spare time he needed to pursue a love of building replica movie weapons. Priebe posted videos of his toys online— including Iron Man–style palm lasers, sci-fi–inspired rifles, and a high-tech wrist crossbow. After a few of the clips went viral, custom orders started pouring in.

Popular Science: Who are your customers?

Patrick Priebe: Geeks like me. The kind of guys who are not satisfied simply watching Battlestar Galactica. They want to shoot real lasers and pop some balloons.

PS: Do you have a favorite material?

PP: Metal. It’s sturdy. It’s heavy. My customers like the feel. The device has to have some weight. Plastic is too light and feeble.

PS: You don’t work off plans. How do you start each project?

PP: It’s important to start somewhere, but it doesn’t matter where. Just start. As long as there’s progress, you will always find your way.

PS: You just finished the laser goggles Cyclops wears in the X-Men comics. Are those really safe?

PP: It’s dangerous to have a laser next to your eye. I can’t say they’re safe, but they’re kind of safe.

Warning: Building laser weapons is best left to the experts.