A new project recreates St. Paul’s Cathedral, back in the olden days.

For as well-preserved as Shakespeare’s writing is, there’s still plenty we don’t know about 17th-century London. For example: we know town square-style speeches were an important part of life, but what was it like actually attending one?

North Carolina State University researchers really went for it while trying to answer that question, constructing computer visualizations of St. Paul’s Cathedral in 1622, running sound models through them, and displaying the whole thing on huge, 270-degree screens that surely would’ve fried some Reformation-era retinas. Using documents from the era to reconstruct the church, which burned down later in the century, a cross-disciplinary team of English, architecture, linguistics, and acoustics experts built an approximation of a speech delivered by poet and cleric John Donne. 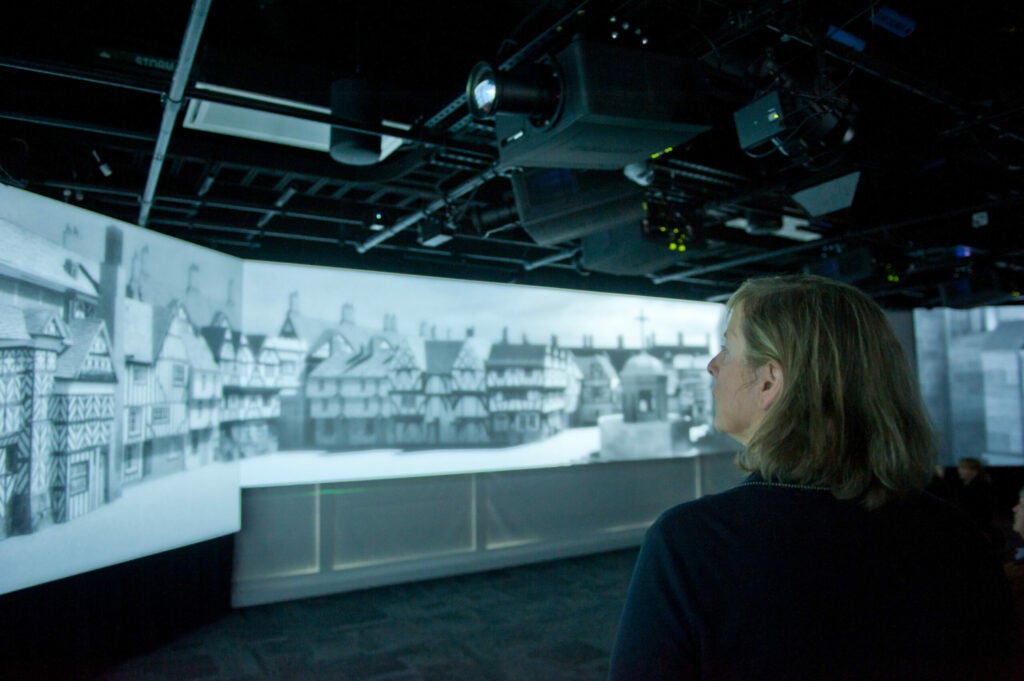 The Teaching and Visualization Lab

And what did they learn? “We know that large crowds showed up to hear Donne’s sermons, but it was unclear whether they could even hear what was being said,” researcher John Wall said in a press statement. “By using the models we created for this project, we learned that the courtyard space allowed sound to reverberate, amplifying the voice of the speaker. This also means the sermon had to be delivered at a measured pace to keep the speech from being garbled as the reverberating sounds overlapped. Those are insights we wouldn’t have without this project.”

The next best thing to listening to a sermon in a crowded, unshowered mass of people! (Really. Pretty cool.) You can see more images from the project here.