A Smartwatch That Tells Time With Scent

An idea that doesn't stink 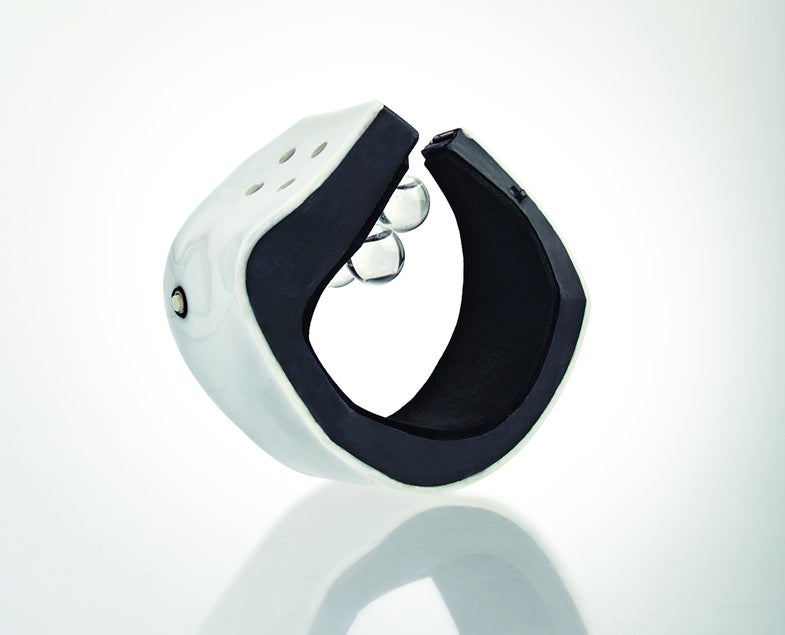 Most smartwatches constantly pester their wearers about appointments, e-mails, or even calories they have left to burn. Aisen Caro Chacin, who teaches physical computing at the Parsons New School for Design in New York, has built one that doesn’t blast stressful reminders. Hers instead subtly augments her chronoception, or sense of time. Called Scent Rhythm, the wrist piece releases fragrances that she associates with waking up, being active, relaxing, and sleeping. “Olfaction and chronoception are both chemical senses, so I thought it would be interesting to map them onto one another,” Chacin says. Here’s what makes her watch tick.

Each of four glass bulbs holds about a milliliter of unique fragrance. Every six hours, the watch releases the scent selected for that time of day—e.g., espresso when it’s time to wake up and chamomile when it’s time to sleep.

The watch aerosolizes fragrances like a mini fog machine. A piezoelectric atomizer sits above each bulb, and when activated by the watch’s circuitry, it vibrates at ultrasonic frequencies to convert some of the fluid into vapor.

A small lithium-ion battery pack inside the watch charges via a micro-USB port on the wristband. One charge typically lasts 24 hours.