What does it mean when "entertainment" games improve players' test scores more than brain-training programs? 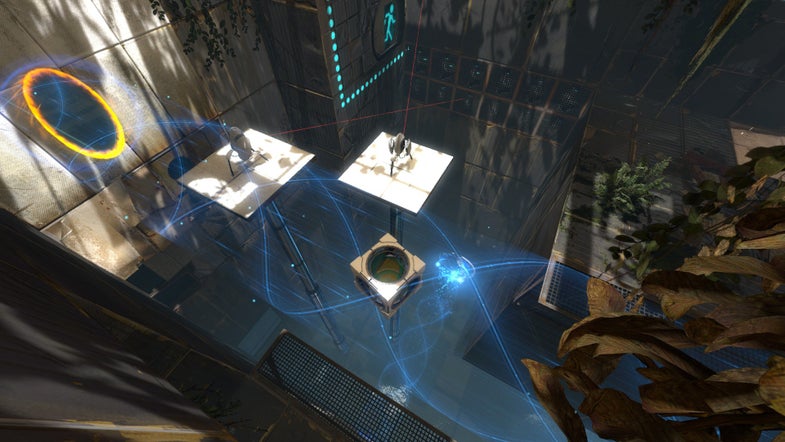 Like many people, Val Shute likes playing video games. But while she’s gaming, she doesn’t exactly think about the same things the average person does.

For example, Shute loved playing the video game Portal 2 when it came out in 2011. “I was really just entranced by it,” she tells Popular Science. “While I was playing it, I was thinking, I’m really engaging in all sorts of problem-solving.” So she decided she wanted to conduct a study on the game.

Shute researches the psychology of education at Florida State University. She and two other researchers designed and ran a study comparing Portal 2 with Lumosity, a popular brain-training game that’s sold as a brain workout. After eight hours’ worth of play, Portal 2 players showed more improvement in a few different standard cognitive skill tests than Lumosity players, Shute and her colleagues found. Additionally, in no test did Lumosity players show more improvement than Portal 2 players.

“If entertainment games actually do a better job than games designed for neuroplasticity, what that suggests is that we are clearly missing something important about neuroplasticity.”

To be sure, the duration of the study was short. Surely both Lumosity and Portal 2 fans would spend more than a couple of days playing their chosen games. Who knows what their outcomes would be then? Still, the Florida State study is notable because it may be the first to compare a sophisticated, commercially available “entertainment” video game with a commercially available brain-training game, says C. Shawn Green, a psychologist at the University of Wisconsin-Madison who studies video games. Green wasn’t involved in Shute’s work.

Shute’s study isn’t enough to say that Portal 2 is better for the brain than Lumosity is. But it does bring up an interesting problem.

“If entertainment games actually do a better job than games designed for neuroplasticity,” Green says, “what that suggests is that we are clearly missing something important about neuroplasticity.” “Neuroplasticity” is the idea that the brain, particularly the adult brain, is able to grow and change with training, learning, and playing.

The new study jibes with previous research that has found that many video games, designed to entertain, can have positive effects on the brain, while not all commercial products sold as improving cognition work as advertised.

“Have we actually found the active ingredients for neuroplasticity, or are these commercial games sort of better?” Green asks, rhetorically.

Meanwhile, Shute does have one small hope for her study: That it encourages other scientists studying the cognitive benefits of video games to use more rigorous controls. Often, video-game studies compare sophisticated, well-designed games with something simple, like Solitaire or Tetris, Shute explains. That’s not a fair comparison because study volunteers will already expect not to improve their brains with Solitaire, while they may expect to improve playing a more sophisticated game. “The more conservative approach is to have something equally as plausible and equally as active,” Shute says. Well-known brain-training games, like Lumosity, fit the bill.

Shute and her colleagues published their work in the journal Computers & Education.