Please Send This Game To Mars

A modest proposal for Just Dance 2014, the most important bad game in recent memory. 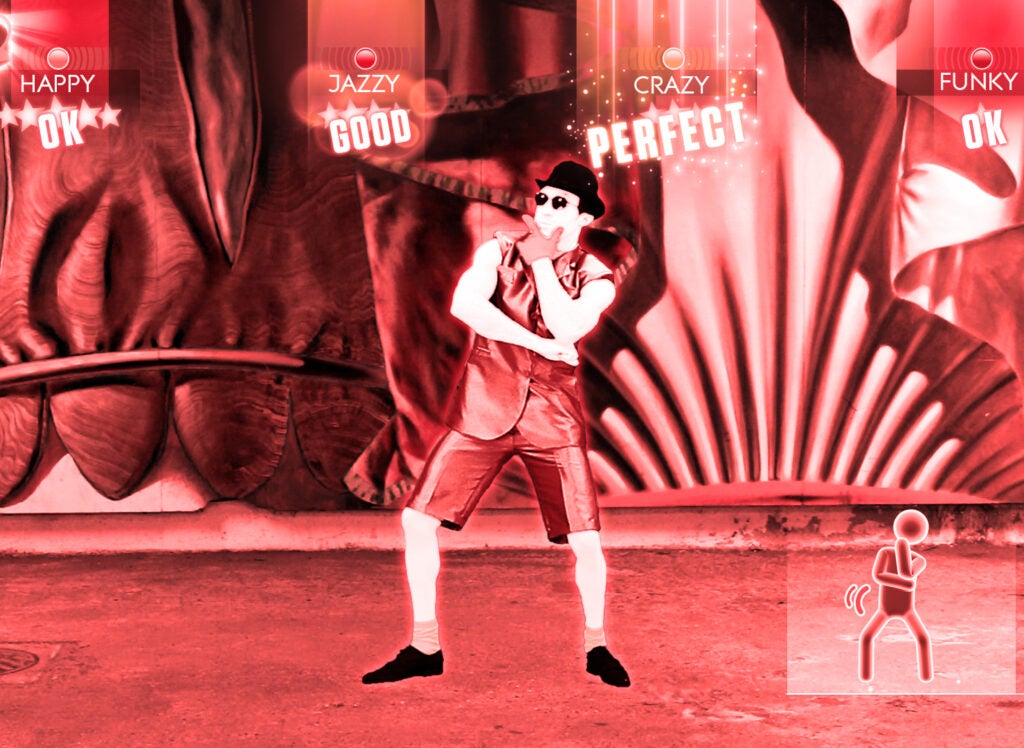 I think my cheeks are still flush with blood. By my count, as of writing, it has been approximately 13 hours since I last played Just Dance 2014, a pop-music based, karaoke-choreography franchise video game in which a player follows the steps of the year’s billboard-topping hits in a bad caricature of dancing. I have played many games. I have blasted zombies, halted enemy assaults; I have fended off robots, soared through the clouds. And this is the most discomfiting, harrowing experience I have ever had in a game.

Everything about it is beautiful.

I humbly submit that there has never been a digital artifact more rooted in time and place than this; never was there a greater example of what it’s like to be alive right now, in this moment. We stare into the pixelated, neon-flecked Lady Gaga, follow her limbs on the screen, and we realize we are looking into ourselves.

So I bring a proposal to you, fellow human beings: send this game to Mars. Bury it in the red dust. In a millennia, when our descendants have fled this ravaged planet and colonized the wild reaches of space, they will find it, and they will understand what it meant to be clinging to this rock hurtling through space in the year 2014.

I should explain, probably.

Don’t get me wrong: by almost any metric, Just Dance 2014, the fifth installment in the “main” series that also includes spinoffs such as, no kidding, The Smurfs Dance Party, is not a “good” game. (See: image of someone inexplicably jumping on a panda’s back.) It is, objectively, a mediocre-to-bad game. Not that I’m looking for High Art in dance-party schlock simulators, but still.

Here’s the setup. You fire on your console and are immediately assaulted by a color palette so bright you’re certain it has no analog in the natural world. You cycle through a list of songs–mostly hits from the past year, in this case Robin Thicke’s “Blurred Lines” and Psy’s “Gentleman,” but also featuring a string of middle-school dance-ready classics like “YMCA” and “I Will Survive”–then make your selection.

The dancing starts. Through the vigilant camera of either the PlayStation 4’s PlayStation Camera or the Xbox One’s Kinect, the game watches you, ready to judge your dancing. A bright neon half-representation of a human being dances on the screen, and you’re tasked with mimicking its movements. You accomplish following the dancer, who is much better than you could ever hope to be at anything ever, by watching as vague stick figures roll past the bottom of the screen, directing you to wave your hands, moon walk, etc. The figures are reminiscent, in several ways, of the emergency-landing pamphlets tucked into the back seats of planes. (Raise your hands, reach for oxygen mask, pray to deity of your choosing, jitterbug.)

It’s forgiving. If you half-heartedly raise your hand like you have a question you’re afraid to ask, the game will likely flash PERFECT across the screen in encouragement. When the song ends, and you’re standing in the middle of your living room wondering if the neighbor’s lights are really off or if they’re on the phone ready to call an ambulance or SWAT team on your apartment, the game replays your “highlights” from the song. For me, that involved looking bemusedly at the screen or awkwardly fixing one of my shirt buttons in a nervous tic. There’s an option to share this reel through social media. If there had been an option to immediately ensure all of the footage is burned, I would have gladly selected that.

Is this fun? No, it is not fun. It’s as overwhelming as being a child lost in a casino. But in our age of social media, ubiquitous screens, companies and individuals all vying for our limited attention and with more outlets to do so than ever before, this is a microcosm of the world as it is. Even better, it’s not very good. This, you see, is why I’d like to package it, lock it up, and store it somewhere safe. 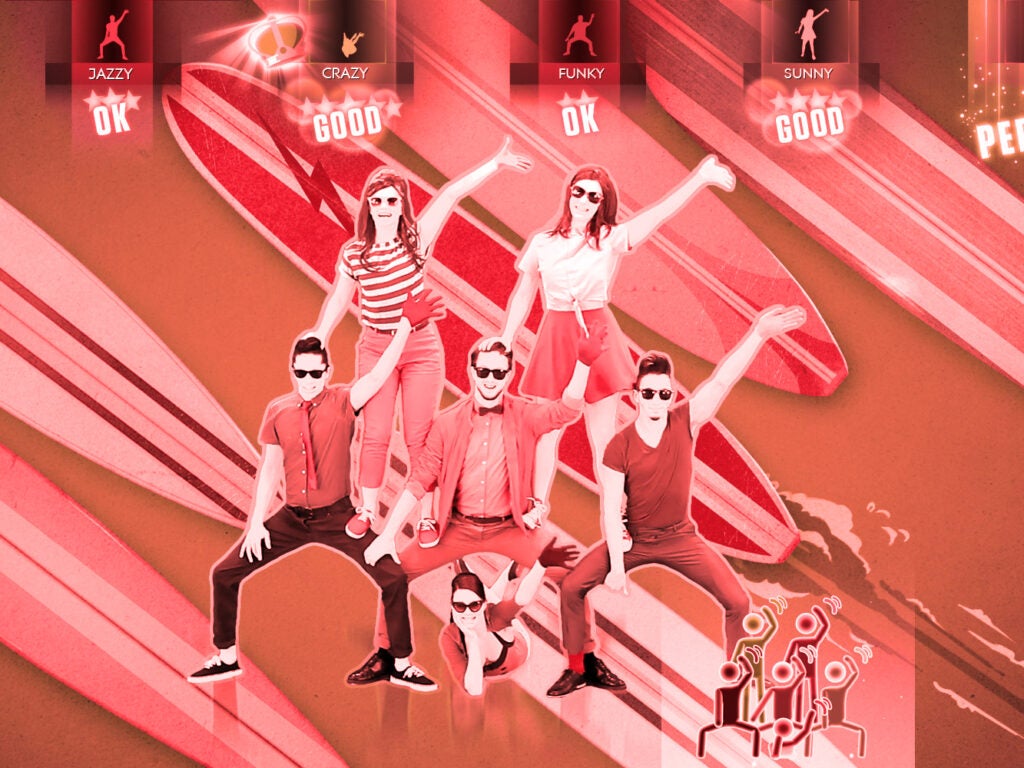 I have no idea what it was like to be alive in the ’40s. Not really, anyway. I have stories relayed from grandparents, but they’re all hazed by time: embellished at best, apocryphal at worst. Even a framed, yellowing Washington state paper with the attack on Pearl Harbor splashed across the front is only a clue.

That’s the reason, generations ago, people started stuffing time capsules beneath their feet–so one day, others would have an idea what their lives were like. But I worry, sometimes, that we’re too aspirational with what we send to the denizens of the future. From the always excellent Paleofuture, here is one hell of a time capsule:

I have no idea what it was like to be alive in the ’40s. Not really, anyway.

No sane person wouldn’t _be stunned by uncovering that capsule, whether it was opened right now or at the beginning of the next century. There are the poles, good and bad, of history: a highpoint in popular art (the trumpet), a lowpoint in human lives lost (the helmet), the technology that mattered (the phone), and the history we remember (the wall). But those were all exceptions, not rules. What we too often forget about the past are the mundanities, the mediocre activities and cultural ephemera we experienced all the time, but that were so clearly unimportant–or even plain bad–that they were happily forgotten. If a time traveler from 2100 asked about the Twinkie stuffed in that capsule, they would say: _And what was this? And the person, stunned at seeing a time traveler, would wet their pants, and then say, _I dunno. It was a processed food we ate sometimes. No one really cared about them all that much until the company went bankrupt, and then they came back, and no one really cared again. They were okay I guess? _And that would be A Brief History Of These United States In Modern Times.

Surely there is a better representation of our brilliant works of computer engineering? _This is the case. Correct. _Why fill a time capsule with a game that revels in poppy dreck like this? No one will remeber the guy who did “Gangnam Style” five years from now, so there must be something closer to a modern classic to add. _Positively. _This game isn’t very good. Yes. All of which makes it the ideal candidate for interplanetary time capsule.

What is the world like today? There are bright colors everywhere, lots of screens, occasional (bad) dancing. How has that made us feel? Well. It has made us feel about the same, mostly. Let’s tell everyone in the future.