In New Movie, Birds Are The Cinematographers

Wings3D is in theaters today for a special showing 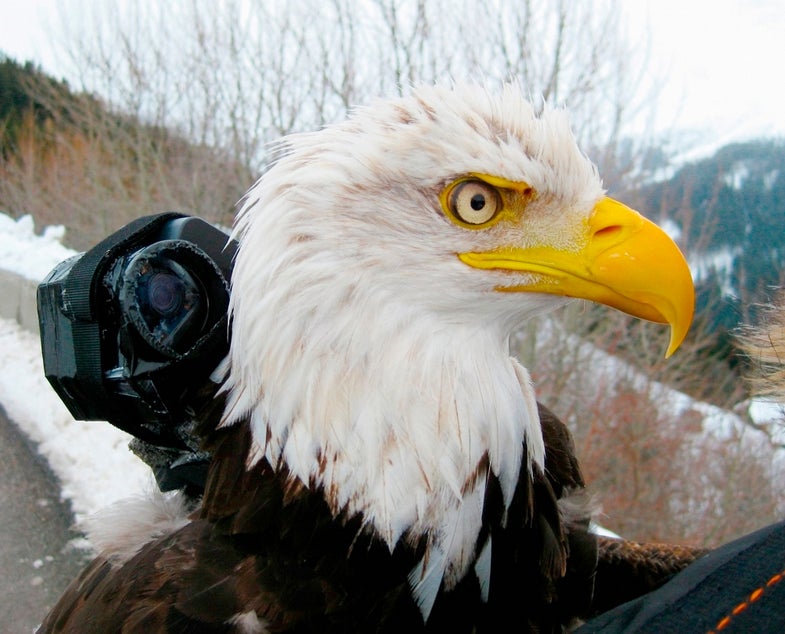 How do you capture thousands of hours of up-close-and-personal footage of tigers, polar bears, vultures, bald eagles and penguins in their natural element in ways that have never been seen before?

“We put cameras on everything that moves,” says John Downer, the producer and director of Wings3D, a unique wildlife movie that’s in theaters today, distributed by BBC Worldwide.

In the 2011-2012 series Earthflight, he placed cameras on trained birds, providing a totally unique POV (don’t worry, no birds were hurt). In 2013, Penguins: Spy in the Huddle, part of Downer’s successful Spy wildlife series, drew more than 9 million viewers. He used more than 50 robotic spy cameras, cameras disguised as penguin egg, an underwater penguin cam, a fluffy chick cam, and animatronic life-sized penguins (there were a few courtship fails, and even a fight in which a real penguin took off a robotic penguin’s head).

He’s used elephants as his cameramen as well, when filming tigers in India for Tiger: Spy in the Jungle.

He wanted to film tigers in a way that had never been seen before. He realized they were comfortable around elephants, so his crew rode on elephants. He knew that elephants liked to carry logs, so his crew put a camera on the end of a tree trunk. Downer says it was like having “a nature-made steadicam.” As the elephants moved, the shots panned smoothly.

Wings3D relies on the science of avian imprinting, using trained birds, including a vulture, to capture scenes while the team flies alongside in a microlight aircraft. The imprinted birds consider the pilot to be a parent. The team also created a robotic vulture glider and attached a GoPro to a bald eagle, vulture and a fish eagle.

And, in a stunning spectacle of pink, the team used octocopters to fly over the world’s largest concentration of flamingos (2 million of them, in Kenya’s Lake Bogoria) and also to film wildebeest in the Maasai Mara National Reserve in Kenya.

Having raised his own duck using imprinting, Downer knows that, when working with animals, there’s only so much directing he and his team can do. “The animals are still wild,” he says. While filming in New York City, the snow geese reacted to the sensory overload and took off to Brooklyn. Fortunately, says Downer, the birds had trackers on them, and before they could hit up Shake Shack, they were retrieved.

Wings3D is narrated by David Tennant and showing in selected theaters (see which ones here) today, June 17. 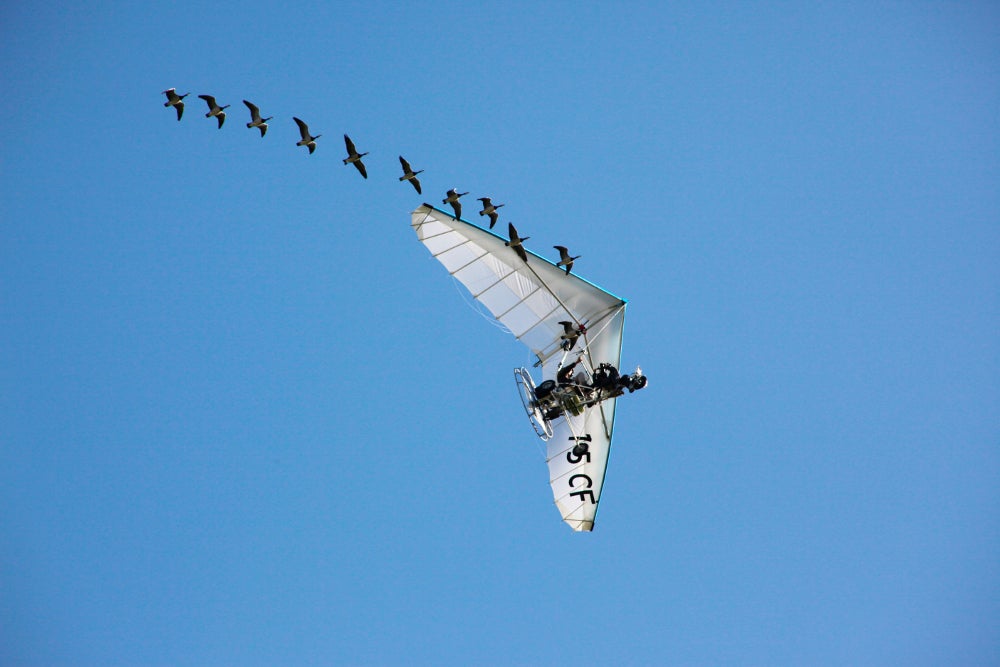