Lamps are ubiquitous. Some of them are watching you. 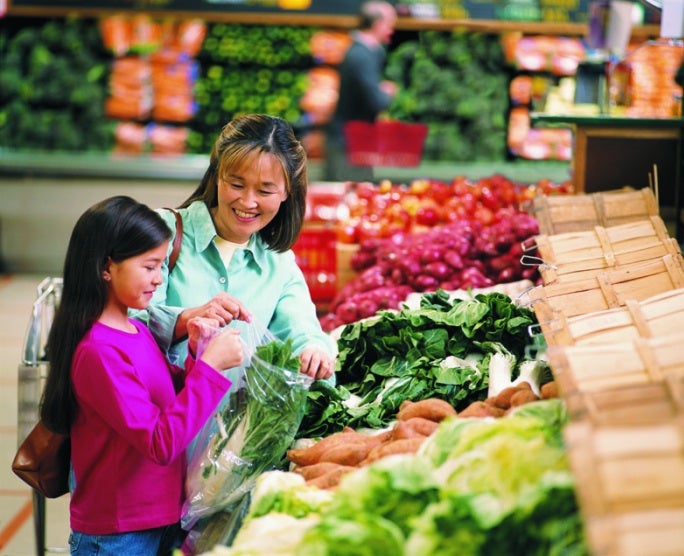 Have you ever noticed the lamps on the ceiling of your local supermarket? Probably not. But, in the future, those lamps may notice you.

Electronics company Philips is piloting a system in which LED store lamps track shoppers, the company announced. Shoppers have to download the store’s app, first. Once they do, every lamp in the store is able to communicate with the shoppers’ phones using pulses of light the human eye can’t detect. Thus, the lamps know whether someone is in the produce section or the peanut butter aisle… and in response, the app can call up killer deals on bananas or jelly, depending.

Philips is testing the system in Europe, but hasn’t confirmed which stores will have it, Wired UK reports. 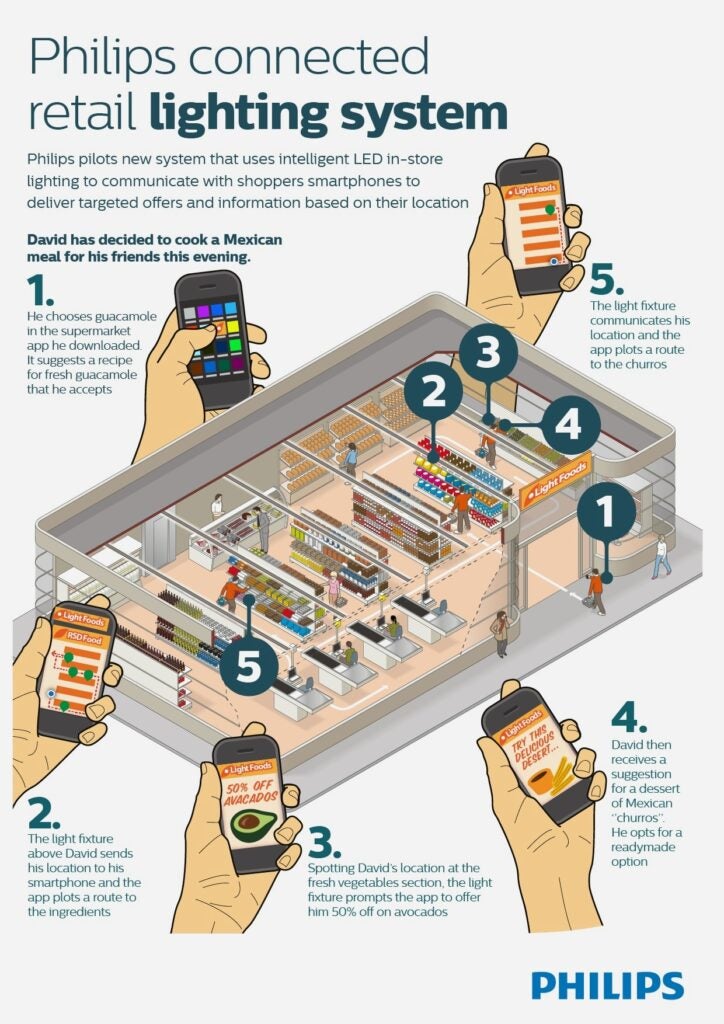 This lamp-based customer-tracking scheme is part of an overall drive among companies to come up with ways to track people’s shopping habits in stores. Companies have also experimented with tracking shoppers using Wi-Fi signals, radio waves, magnets and more. All these signals communicate with people’s phones.

Data on where people walk and pause in stores are valuable to the stores, of course. In return, stores offer shoppers targeted coupons. The Philips app even suggests recipes and a walking route through the store, based on which ingredients users want to buy.

Beyond doing their own tracking, lighting systems can also act as a platform for an array of other sensors. For example, Newark Liberty International Airport in New Jersey is experimenting with a new LED lighting system. In Newark’s case, the lights themselves don’t do much. But embedded in the same fixture as the lights are cameras and sensors that identify long lines, read license plates, and flag suspicious activity, The New York Times reports.

Why install all that stuff in with the lights? Sensity, the company that sold Newark its system, explains on its website:

In addition, lights are everywhere, as Philips business development manager Gerben van der Lugt explained in a statement about Philips’ supermarket tracking. “The beauty of the system is that retailers do not have to invest in additional infrastructure to house, power and support location beacons for indoor positioning,” he said. “The light fixtures themselves can communicate this information by virtue of their presence everywhere in the store.”