Keurig Wants To Lock Down Its Pods With Coffee DRM 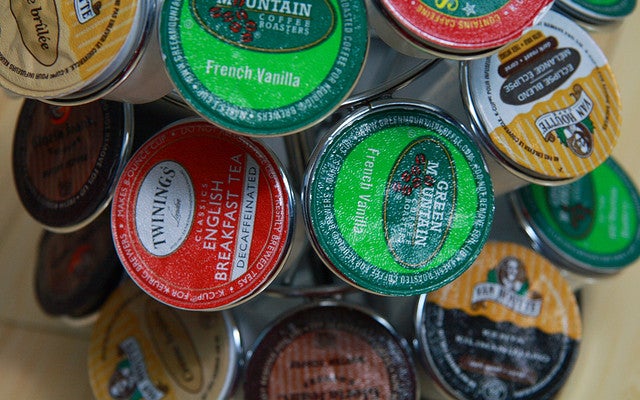 Keurig machines might not produce _the best _coffee, but at least the process is quick, and you’ve got your range of options–for right now, anyway. Green Mountain Coffee Roasters announced during an earnings call last year that the next generation of Keurig machines, coming later this year, wouldn’t work with third-party coffee pods. Instead, Green Mountain wants to assimilate other pod-producers into their own Keurig empire.

That, of course, doesn’t give much leeway in negotiations for the third-party companies, and they aren’t particularly thrilled about the idea. A maker of off-brand cups, Treehouse Foods, alleges in a lawsuit filed last month that Green Mountain’s new machine would be an unlawful breach of fair competition. Even though Keurig sells 86 percent of coffee pods for their machines, their strategy of cornering the market keeps consumers away from other options, according to the suit. “Such lock-out technology cannot be justified based on any purported consumer benefit, and Green Mountain itself has admitted that the lock-out technology is not essential for the new brewers’ function,” the suit reads.

Is this bad for consumers hoping to stretch their (kinda expensive) coffee pods as far as they’ll go? Very well could be. Is it surprising Green Mountain would want to do this? Definitely not. Anyone who’s used a printer and had to hunt for the correct cartridge–or, hell, even trying to find the relevant razor for your Gillette Mach 19 Pro Double-Edge Bladey Blade–understands the frustrations. It remains to be seen if courts will see this situation that way.